A joint study by researchers at the Technion and the Davidson Institute of Science Education reveals: Scientific news authored by scientists is as interesting to online news readers as content written by journalists 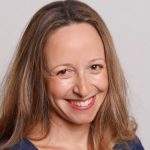 Prof. Ayelet Baram-Tsabari, head of the Applied Science Communication Research Group in the Faculty of Education in Science and Technology at the Technion

The research was led by Yael Barel-Ben David, a doctoral student who is part of the Applied Science Communication research group at the Technion. According to Barel-Ben David: “Political events often push scientific news aside, and news editors perceive science as less interesting to their readers. Our study makes it clear that online readers are interested in scientific content written by scientists, just as much as in comparable content. I hope our findings encourage editors of news sites and scientists to publish more quality scientific content, knowing that they have a curious audience.”

The study used an intriguing method. It compared readers’ online engagement between 150 pairs of articles on two major Israeli news websites.  Within each pair was one article that was authored by a science graduate participating in the ‘Writing Program’ of the Davidson Institute of Science Education, giving on the job training to science graduates in popular science writing. The second article in each pair was written by other website writers and was published in the same section, mostly on the same day. 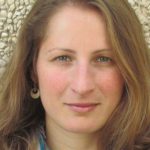 The research was facilitated by the willingness of leading news site editors, Mako and Ynet, to provide researchers with readers’ interaction metrics for content posted on these sites. Based on this data, the researchers compared the number of views per article, the average length of stay in the article, and the number of responses and likes.

“Many editors claim that science doesn’t ‘sell’,” says Prof. Ayelet Baram-Tsabari, head of the Applied Science Communication research group in the Faculty of Education in Science and Technology at the Technion. “Our findings demonstrate that if you package science in an interesting and relevant way, and not only publish it in the ‘ghetto’ of the science section, it will also attract readers who are not declared science enthusiasts.” 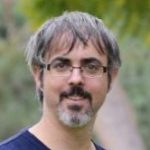 Dr. Erez Garty, head of the Science Communications field at the Davidson Institute

“Science is interesting content.” says Head of the Science Communications field at the Davidson Institute, Dr. Erez Garty, who leads the writing program for scientists initiative. “Science takes a variety of phenomena in the world and explains how they work. When presenting scientific content to the public on news platforms, people will read it exactly as they read the news in every other field. After all, science is life itself.”