The ubiquitin system produces a protein that greatly restricts the development of cancerous tumors.

A new study by researchers at the Technion-Israel Institute of Technology could hold one key to control cancer cell growth and development. In a paper published in the April 9, 2015 edition of CELL, the team reports on the discovery of two cancer-suppressing proteins. 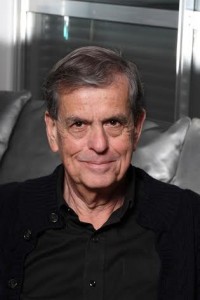 The research was conducted in the laboratory of Distinguished Professor Aaron Ciechanover, of the Technion Rappaport Faculty of Medicine. The team was led by research associate Dr. Yelena Kravtsova-Ivantsiv and , included additional research students and colleagues, as well as physicians from the Rambam, Carmel and Hadassah Medical Centers, who are studying tumors and their treatment.

The heretofore-undiscovered proteins were found during ongoing research on the ubiquitin system, an important and vital pathway in the life of the cell, which is responsible for the degradation of defective proteins that could damage the cell if not removed. The ubiquitin system tags these proteins and sends them for destruction in the cellular complex known as the proteasome.  The system also removes functional and healthy proteins that are not needed anymore, thereby regulating the processes that these proteins control.

Usually, the proteins that reach the proteasome are completely broken down, but there are some exceptions, and the current line of research examined p105, a long precursor of a key regulator in the cell called NF-κB. It turns out that p105 can be broken down completely in certain cases following its tagging by ubiquitin,  but in other cases it is only cut and shortened and becomes a protein called p50.

NF-κB has been identified as a link between inflammation and cancer. The hypothesis of the connection between inflammatory processes and cancer was first suggested in 1863 by German pathologist Rudolph Virchow, and has been confirmed over the years in a long series of studies. Ever since the discovery (nearly 30 years ago) of NF-κB, numerous articles have been published linking it to malignant transformation. It is involved in tumors of various organs (prostate, breast, lung, head and neck, large intestine, brain, etc.) in several parallel ways, including: inhibition of apoptosis (programmed cell death) normally eliminates transformed cells; acceleration of uncontrolled division of cancer cells; formation of new blood vessels (angiogenesis), which are vital to tumor growth; and increased resistance of cancerous cells to irradiation and chemotherapy.

The dramatic effect of these proteins on cancer growth: above the two tumors in the foreground (the control group) are tumors that express high levels of the proteins

As noted, the precursor p105 is “handled” by the ubiquitin system in one of two parallel and equally prevalent ways. It is either destroyed completely, or shortened and transformed to p50. The current research deciphers the decision-making mechanism that determines which process will be applied to the protein: when a ubiquitin system component called KPC1 is involved in the process and attaches ubiquitin to p105, the protein is shortened to become p50. When ubiquitination is mediated by another component of the system (and without KPC1), p105 is degraded. 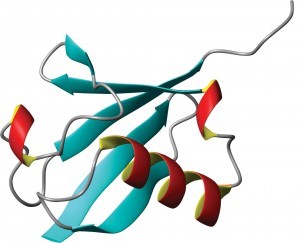 The decision between these two options has significant implications on the cell, as the presence of high levels of KPC1 (which generates p50) and p50 (the product of the process) – with the accompanying disruption of the normal ratios between the processes – suppresses the malignant growth and apparently protects the healthy tissue. The current research was conducted on models of human tumors grown in mice, as well as on samples of human tumors, and a strong connection was discovered between the suppression of malignancy and the level of the two proteins, clearly indicating that the increased presence of KPC1 and/or p50 in the tissue can protect it from cancerous tumors.

Professor Ciechanover, who is also the president of the Israel Cancer Society, notes that many more years are required “to establish the research and gain a solid understanding of the mechanisms behind the suppression of the tumors. The development of a drug based on this discovery is a possibility, although not a certainty, and the road to such a drug is long and far from simple.”

Professor Ciechanover won the Nobel Prize in Chemistry in 2004 (jointly with Professors Avram Hershko – also from the Technion – and Irwin Rose, of the Fox Chase Cancer Center) for the discovery of the ubiquitin system. The current line of research is a continuation of that discovery.