A recent Technion study describes a novel optogenetic approach for pacing and resynchronizing the heart in case of heart rhythm disorder. 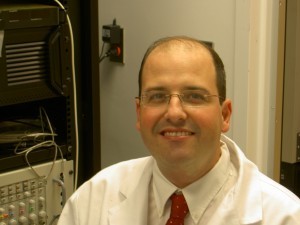 Technion researchers have developed a new approach for the treatment of abnormal heart rhythms by using a light based therapy. This technology has been reported in the journal Nature Biotechnology. The study was conducted at the laboratory of Professor Lior Gepstein from the Rappaport Faculty of Medicine and Research Institute at the Technion. Professor Gepstein is the director of the Department of Cardiology at Rambam Health Care Campus.

Abnormalities in the function of the heart’s pacemaker cells or electrical conduction system can lead to an abnormally slow heart rate, or lead to a decrease in the hearts’ pumping efficiency by delaying the transmission of electrical signals. In either case, the underlying electrical disease can result in negative and serious consequences for patients including weakness, dizziness, fainting, worsening heart failure symptoms and even the risk of death.

The conventional medical treatment used today relies on the implantation of an electronic pacemaker, which corrects the dysfunction of the natural pacemaker mechanism using electrodes inserted into various areas of the heart. Electronic pacemakers however have many limitations including the risk of infection and the need for repeated invasive surgical procedures for implantation, manipulation, and battery replacements. Furthermore, clinicians are limited by the number and locations of the pacing wires used, and patients are at risk for a decline in heart function since pacemakers cannot re-create the normal electrical activation pattern of the heart. Perhaps most importantly, children who require pacemakers quickly outgrow their pacemaker wires and thus require repeated and invasive interventions over time. 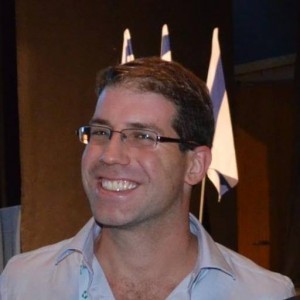 In light of these disadvantages, many researchers are working on developing biological alternatives to the electronic pacemaker. This article describes a study that examines the use of the optogenetic approach for the treatment of abnormal heart rhythms. The study was conducted by Dr. Udi Nussinovitch as part of his PhD work in Professor Gepstein’s laboratory at the Technion. Dr. Nussinovitch is currently an intern at the Department of Internal Medicine at Rambam.

The optogenetic technology employed allowed researchers to selectively activate light-sensitive proteins (such as the ion-channel ChR2, first identified in algae), which were overexpressed in excitable cells (such as nerve or muscle cells), in an attempt to modulate (either augment or suppress) their electrical activity. Optogenetics has become an important tool in brain research and the current study is the first to translate this important innovation to pace and resynchronize the heartbeat.

In the study, conducted in rats, the researchers first directed a beam of blue light at an area in the heart where the light-sensitive genes were delivered. This resulted in effective pacing of the heart at different rates as dictated by the frequency of the blue light flashes applied. Subsequently, a more advanced experiment was conducted, in which various locations in the rat hearts expressing ChR2 were activated simultaneously by light, resulting in improved synchronization of the contractions of the ventricles.

Professor Gepstein stresses that this is a preliminary study, and that “in order to translate the aforementioned approach to the clinical arena, we must overcome some significant hurdles. We must improve the penetration of light through the tissues, ensure continuous expression of the protein in the heart for many years, and develop a unique pacing device that will provide the necessary illumination. But despite all of this, the results of the study demonstrate the unique potential of optogenetics for both cardiac pacing (as an alternative to electronic pacemakers) and resynchronization (for the treatment of heart failure with ventricular dys-synchrony) therapies.”