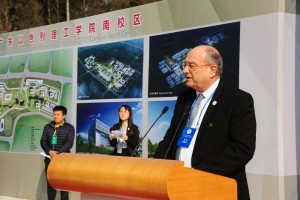 SHANTOU, CHINA (December 16, 2015) – The Technion-Israel Institute of Technology, a global leader in science and technology education, broke ground today to launch the Guangdong Technion Israel Institute of Technology (GTIIT) in Shantou, China located in Guangdong Province. GTIIT, an historic partnership between the Technion and Shantou University, will offer high-level, innovative and research-oriented undergraduate and graduate education.

GTIIT will create not just a new academic facility, but a new era of cooperative research between Israel and China in science, engineering and the life sciences. For the Chinese, the GTIIT brings the Technion’s expertise on creating a topnotch technical institute, as well as a stimulating dose of Israeli-style entrepreneurialism on a strategic level. 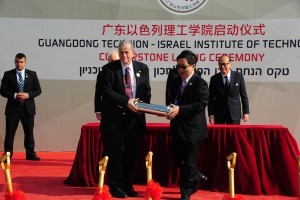 “In this day and age, no one has an iota of doubt that technological innovation underpins a country’s ability to create collective wealth, and that it is the key impetus to individual success. Creativity is the defining centerpiece of our time — powering us into the future. Establishing a creative paradigm is not easy to set right, only through education and the rule of law can we build a free and fair, fun and fruitful future for all,” said Mr. Li Ka-shing.

“Our unprecedented collaboration will be truly transformational for the Technion, Shantou and Chinese education. The combination of the innovative and entrepreneurial spirit of Israel and the unbelievable scale and resources of China will result in a great partnership. Together we will create a major research institute that will help not only China and Israel, but also mankind in general,” said Technion President Peretz Lavie.

At the ceremony, President Peres said that, “the establishment of a Technion campus in China is one more proof that Israeli innovation is breaking down geographic borders. China is one of Israel’s major partners in technology and hi-tech and more than 1,000 Israeli companies are active in China. I hope that the economic cooperation between the two countries will continue to expand, as both countries have much to share with, and learn from, one another.” 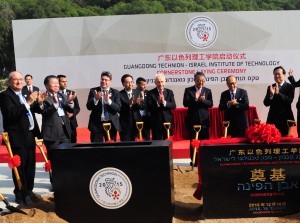 “This is an unprecedented achievement for the Israeli academia, which in fact opens up an Israeli university in China,” said Israel’s Minister of Science, Technology and Space Ofir Akunis during the ceremony. “I see a strategic importance in strengthening and deepening our relations with China in all aspects: economically, technologically and scientifically. One of the major goals I set when I took office is strengthening and encouraging cooperation between Israeli and Asian countries that have a great deal of respect towards Israeli innovation, science and high-tech industry.””

“I am very happy for the collaboration that takes shape between the Technion, Guangdong Province, one of the richest and most important of China’s provinces, and Shantou University. This collaboration will lead to the construction of a Technion campus at Shantou,” said Technion Distinguished Professor Aaron Ciechanover, GTIIT Vice Chancellor. “The Technion will contribute its extensive experience in training engineers who know how to apply what they have learned, and turn their knowledge into commercial products that focus on science and technology. Our Chinese partners will contribute their diligence and devotion, qualities that we Israelis are somewhat lacking. Therefore, this collaboration will benefit both sides. I wish to convey special thanks to Mr. Li Ka-Shing and the philanthropic fund he established, for his remarkable return to his hometown and his outstanding contribution to its advancement. “

“This week, Shantou became Haifa’s fourth twin city,” said Yona Yahav, mayor of Haifa. “The connection between Shantou and Haifa is unique due to the high involvement of Haifa in the Chinese economy. The ecosystem of economic cooperation between higher education and entrepreneurship, as exists in the case of the Technion and Haifa, is a successful model that the Chinese wish to implement in Shantou. The Haifa municipality sees national importance in advancing the cooperation and strengthening of ties between China and Israel. “ 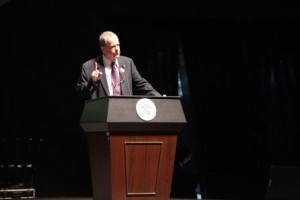 “I want to thank the Israeli Government and the colleagues at the Technion. China and Israel share the common aspiration of facilitating the progress of human civilization through science and technology. GTIIT will continue the fine tradition of Technion in Shantou, Guangdong Province so as to build the ‘Silicon Valley’ in South China,” said Li Jiange, inaugural President of GTIIT.

For the Technion, the GTIIT means increased global reach and stature. The investment in this collaboration will also benefit the research facilities and infrastructure at the Technion’s Haifa campus. It will also form an anchor in the Far East that complements the Technion’s partnership with Cornell University at the Jacobs Technion-Cornell Institute at Cornell Tech in New York City. Finally, an industrial park planned for the GTIIT campus will serve as a foothold for Israeli companies to crack key markets in the U.S. and China. 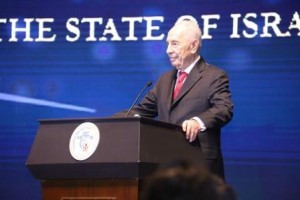 The initial class of students is planned for 2016 with an initial enrollment plan of 100 students for chemical engineering. At full build, the GTIIT is expected to enroll some 5000 students made up of 4000 undergraduate and 1000 graduate students.

The GTIIT logo was designed together by the Technion, Shantou University, government of Guangdong Province and Li Ka-shing foundation. It represents the cultural origins of every one of the partners, as well as the harmonious collaboration between them. The letter ט (Tet) represents the Technion, the red flower stands for Shantou, and the Phoenix for Shantou University. 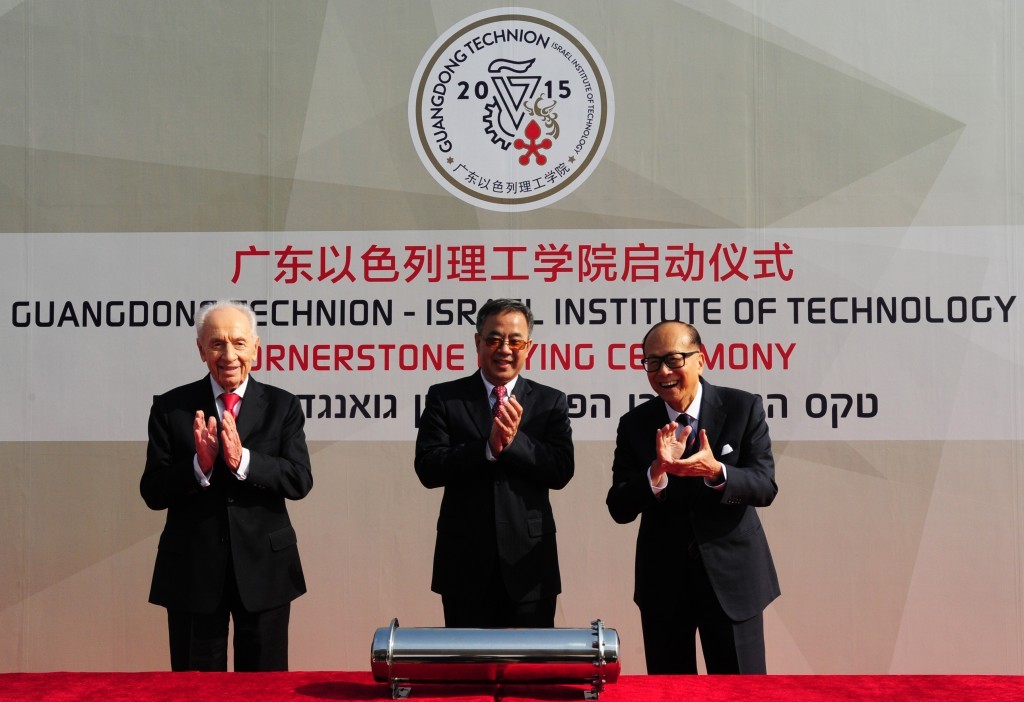