Cell proteins damaged by oxygen radicals can be chemically “tagged” for elimination, but an “emergency pathway” bypasses strict protocol and can eliminate even without the need for prior tagging.

An international research team headed by Technion scientists has found an alternative manner for eliminating damaged proteins when the cells are impaired by “oxygen radicals,” as can happen in failing human hearts where there is poor cell respiration and cells become oxygen depleted, or suffer “hypoxia,” because of poor oxygen uptake.

Significantly, the researchers discovered that there can be a shift from the tightly controlled process of eliminating proteins in the cells to a less strict mechanism when cells enter an “emergency protocol.” This shift can “clear up” the toxic proteins before their toxicity levels get too high. 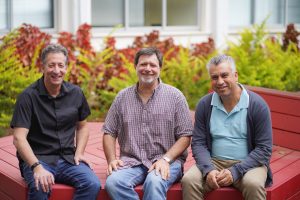 Their study was published on 26 October 2021 in Nature Communication. To carry out their study, the researchers investigated several “proteasomes,” protein complexes that work by a chemical reaction to degrade unneeded or damaged cell proteins. The researchers found that elevated levels of one type of proteasome, 20S, appears to contribute to cell survival, even for those cells under stress from damaged proteins.

Human cells – both functional and damaged – are constantly recycled by chemically “tagging” and targeting for removal when they are under stress by the ubiquitin system (2004 Nobel Prize in chemistry). At the same time, a few proteins that are intact and functional can also be dragged into the 20S proteasome “molecular disposal unit” along with the toxic proteins that have be targeted for destruction. Nevertheless, rather than harm cells, this mode of action by 20S proteasome may aid cells in rapidly remove toxic proteins. In their conclusion, the authors raised the interesting speculation that this emergency pathway can help even damaged cells to withstand bouts of stress and allow them to “age gracefully”. 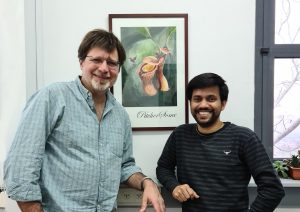 To carry out the study, Technion researchers Dr. Indrajit Sahu, Prof. Michael Glickman, Prof. Ashraf Brik, and Prof. Oded Kleifeld worked with Prof. Sharlene Day from the University of Pennsylvania and the research team of Prof. Yao Cong of the Chinese Academy of Sciences in Shanghai, China.