Computer science in the service of medicine: Researchers at the Technion and the University of North Carolina present an innovative algorithm that safely and efficiently steers curved surgical needles inside the body while avoiding damage to tissue

Researchers from the Technion and the University of North Carolina (UNC) have developed an algorithm that steers surgical needles along 3D curvilinear trajectories. The researchers – Dr. Oren Salzman of the Taub Faculty of Computer Science at the Technion and Prof. Ron Alterovitz and Mengyu Fu of UNC – announced the development at the recently held virtual 2021 Robotics: Science and Systems Conference. 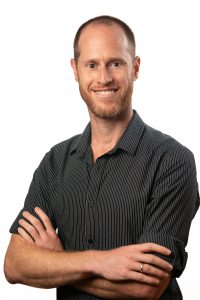 Numerous medical procedures, such as biopsies and localized therapy delivery for cancer, require that a needle be steered safely through tissue, to the target. Straight needles can “get the job done” when the straight path from the point of entry to the target tissue does not pass through vulnerable tissue, but in many cases, the target tissue is “hidden” behind a bone or vulnerable tissue, and in these cases, the surgeon must avoid anatomical obstacles, a difficult, complex task, most certainly when the body parts involved are vulnerable and sensitive.

Against this backdrop, in recent years, medical needles with bevel tips were developed. These needles are controlled by rotating them at their base. The problem is that directing these needles is neither simple nor intuitive, and steering them manually involves numerous risks. This has led to the development of “motion planning algorithms” designed to accurately and safely direct the needle. These algorithms have displayed impressive capabilities, and yet, since these are invasive procedures, the degree of precision required is very high; otherwise, the systems will not be granted regulatory approval.

The development presented by the researchers at the conference illustrates the importance of computer science in solving problems related to medicine and biomedical engineering. On the basis of relevant medical images such as a computed tomography (CT) or magnetic resonance imaging (MRI) scan, the new algorithm computes the optimal trajectory that will lead the needle to the target while avoiding damage to various anatomical obstacles. As opposed to existing algorithms, the new algorithm provides a “completeness” guarantee that the needle can indeed reach the specified target while avoiding those tissues, and if no such safe motion plan exists, it will inform the user accordingly. Moreover, it computes plans faster compared to rival steerable needle motion planners and with a higher success rate. According to the researchers, the technology presented at the conference is a new algorithmic foundation that is expected to lead to additional applications based on automated steerable needles. 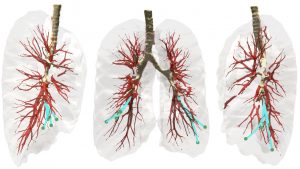 The research was funded by the US National Institutes of Health (NIH), the Israeli Ministry of Science and Technology, and the US-Israel Binational Science Foundation (BSF).

Dr. Oren Salzman joined the Technion staff in the summer of 2019 following a postdoctoral fellowship in the Robotics Institute at Carnegie Mellon University. He is head of the Computational Robotics Lab (CRL) in the Taub Faculty of Computer Science.

The paper presented at the conference is available at: http://www.roboticsproceedings.org/rss17/p081.pdf