Meet the next generation of students shaping our future: As the first day of the 2021-2022 academic year approaches, it’s time to look at the accomplishments of our architecture students

“We shape our buildings; therefore, they shape us,” Winston Churchill once said.

The next generation of Israel’s architects is already starting to shape our country, and as the first day of the 2021-2022 academic year approaches, it’s time to look at the accomplishments of our architecture students. 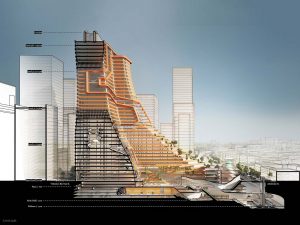 “Experiential Routine.” The project is among those that will be nominated for the Azrieli Award, the most prestigious award for architecture students in Israel

Here are some of the highlights from last year’s project fair, presenting the work of students from the various studios of the Technion’s Faculty of Architecture and Town Planning. Some of the following projects will be nominated for the Azrieli Award, the most prestigious award for architecture students in Israel:

How much of our commute do we spend in corridors, places “in between?” Between tube stations, between the train and the bus, in the corridors of an office building? Amit Sadik from the Technology Studio decided to focus on those everyday places, and turned the daily commute into an experience that could evoke feelings of novelty, curiosity and pleasure. To achieve this, using a station of the planned light rail in Tel Aviv as a test case, Amit incorporated plants and daylight into the space, and opened multiple optional pathways, inviting strolling and discovery. 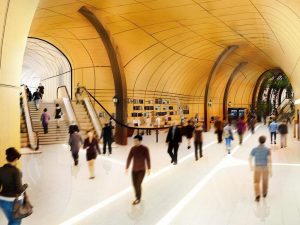 We have tucked the industrial areas of our cities out of sight, and out of mind. The pollution they produce is something we’d rather not think about. Dina Gorodnitski from the Space, Consciousness and Sustainability Studio, re-examined the industrial area of Haifa Bay, the city’s “black hole”, and reimagined it as a sustainable mixed-use area. Dina proposed integrated recycling centers, promenades overlooking the port, a symbiotic environment of urban life and sustainable industrial production.

Asma Abu-Raya from the Urban Studio focused on the Bedouin villages in Israel’s desert The Negev. She examined the traditional lifestyle of the Bedouin community and the organic, “informal” development of the villages, compared to the “formal” development, and proposed ways in which city planning could take into consideration the local culture, involve residents in the planning, allow space for spontaneous growth to meet the changing needs, and encourage people to take responsibility for their environment as a community. 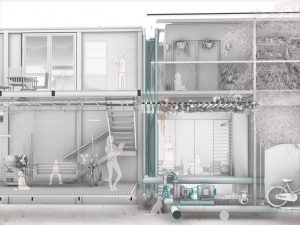 Encouraging people to take responsibility for their environment — as a community

Local knowledge as the basis of autonomy

Layan Salameh’s project outlines a discontinuous urban infrastructure that will enable autonomy over water, as a resource of life, and will revive the textile industry in the Old City of Jerusalem (East Jerusalem), in order to ensure future economic independence of the residents. The planning strategy is based on local knowledge; industrial spaces serve the public through planning tools that enable collective learning of the production process. 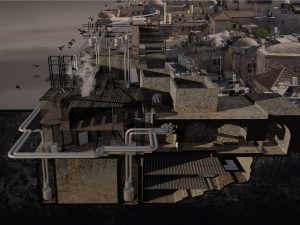 A few years ago, the Faculty of Architecture and Town Planning changed its curriculum from a four-year to a six-year program. Students now leave the Technion with a master’s degree, having attained greater maturity and a broader understanding of the field. In 2021, the first class of students graduated under the new program. To learn more about the Faculty of Architecture and Town Planning – the oldest academic institute in Israel for the study of architecture – visit https://architecture.technion.ac.il/. 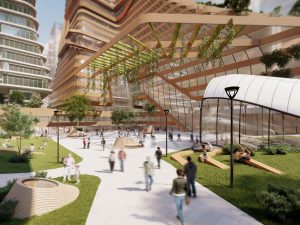