In a recent breakthrough, scientists from the Technion Faculty of Biomedical Engineering were able to achieve recognition of specific geometric patterns – for example, letters – by engineered microbe colonies imitating an artificial neural network. The scientists’ method relies on a modification of the way communication occurs within microbe colonies in nature. The study, led by Dr. Ximing Li and Assistant Professor Ramez Daniel, was published in Nature Communications. 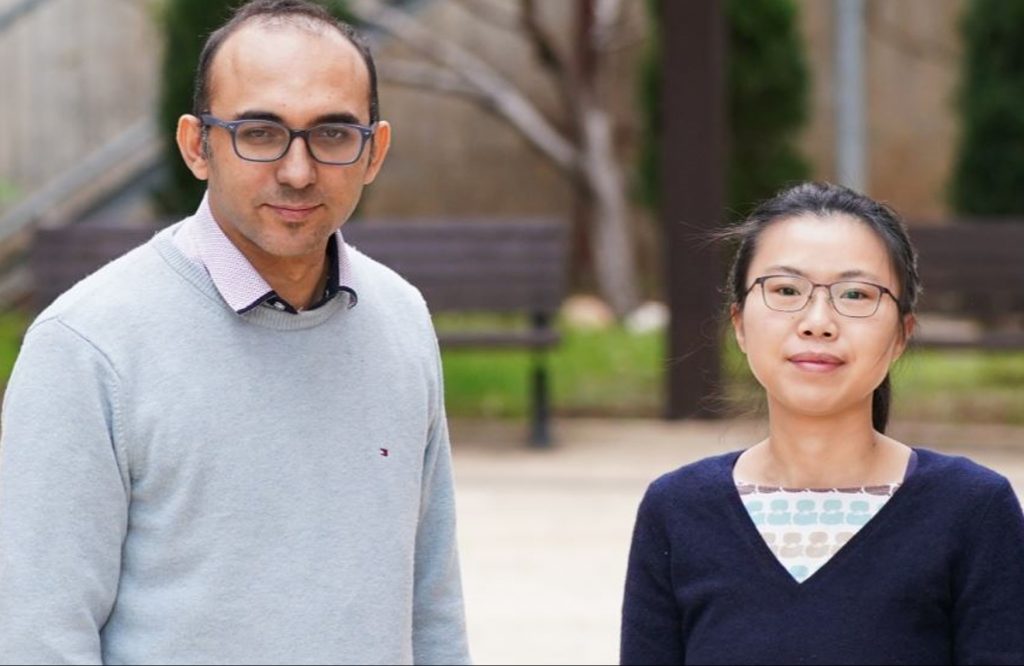 The interest of Prof. Daniel’s lab lies in synthetic biology, specifically in generating biological circuits, in essence combining the principles of biology and electronics. Like electronic switches that can be turned on and off, cells are engineered to “turn on” and perform a function, for example, fluorescence, in response to a particular stimulus. Using this technique, the group has already engineered biological sensors that recognize the presence of arsenic and other poisons in water or the presence of blood in urine.

But cells are capable of more complex functions than a simple yes/no switch. Microbial colonies in nature are capable of communication within the colony. For example, they may respond differently when they are alone and when there are many of them together. This phenomenon, called “quorum sensing,” is also at play for example when our immune system mobilizes against an infection – information is passed regarding what the pathogen is, how much of a response is required, and more. One cell alone might be “dumb,” but the colony is “smart.” It is this phenomenon that Prof. Daniel’s group utilized in order to increase the algorithmic complexity of the task by a factor, and, for the first time, generate a biological circuit acting as an artificial neural network, capable of performing the relatively complex task of pattern recognition. Its building blocks: engineered E. coli bacteria.

Geometric patterns are a proof of concept of what biological circuits acting as an artificial neural network can do. In the future, we might see bioengineered systems monitoring toxins, diagnosing cancer, and being used in tissue regeneration. We might even have biological computers. It is interesting to observe how synthetic biology, seeking to imitate electronics in biological systems, has come a full circle, creating a likeness of an artificial neural network, which is of course inspired by the human brain – itself a biological system.

Prof. Daniel started working on biological computing during his postdoctoral fellowship at the Massachusetts Institute of Technology (MIT), initially on analog computation. Biological circuits acting as an artificial neural network are a novel development and a conceptual advancement in the same field. It was made possible with the assistance of Associate Professor Netanel Korin, also from the Technion Faculty of Biomedical Engineering. Dr. Li is a postdoctoral fellow in Prof. Daniel’s laboratory. She completed her Ph.D. in computational neuroscience at the University of Ohio.