The scholarship will fund Orr Zohar's PhD in Electrical Engineering at Stanford University, where he hopes to develop biomedical imaging tools for neuroscience/neurosurgical navigation

Orr Zohar, who is currently completing his master’s degree in the Viterbi Faculty of Electrical and Computer Engineering at the Technion, has been selected to continue his studies at Stanford University after being accepted to the prestigious Knight-Hennessy Scholars program. Zohar, 26, is the first Technion student to win the scholarship and is the first Israeli to be accepted to the program in the engineering discipline. He will use the scholarship to fund his Ph.D. in Electrical Engineering at Stanford University, where he hopes to develop biomedical imaging tools for neuroscience/neurosurgical navigation. 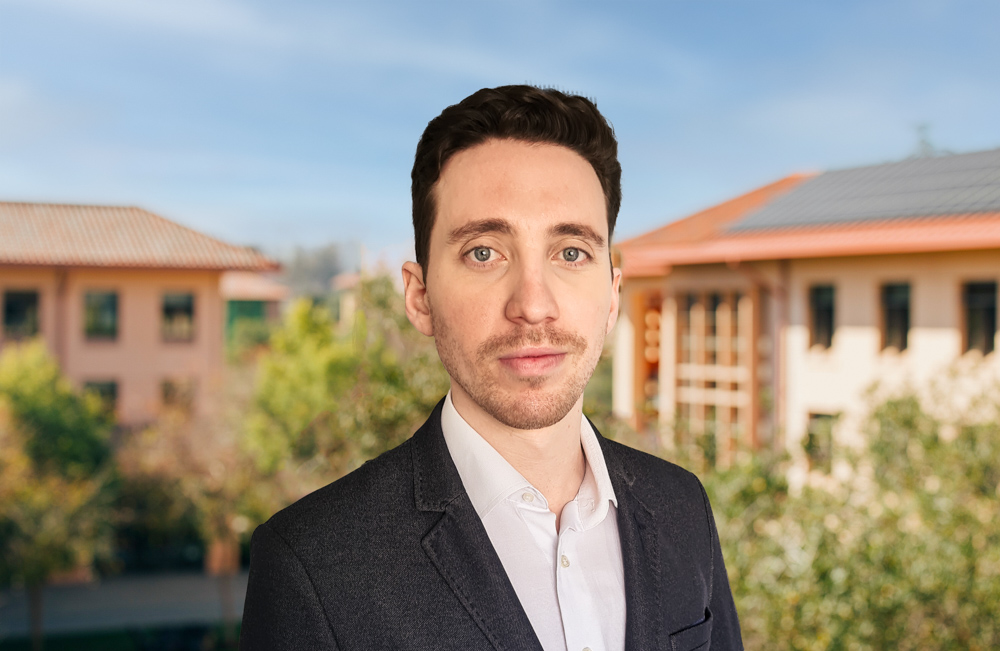 “My interest in neurosurgical navigation is not coincidental”, he says. “Throughout my childhood, my father has undergone several successful neurosurgical procedures. Unfortunately, about two years ago, our luck ran out and he suffered significant motor-speech impairments. The contrast between the outcomes of his past surgeries and this one highlighted for me the importance of building better tools for surgical navigation.” At the end of this summer, Zohar will be leaving to begin his doctorate at Stanford, where he will focus on the connection between computational photography – a technique that enhances or extends digital photography capabilities through the use of digital computation – and biomedical imaging.

Zohar began his studies at the Technion’s Wolfson Faculty of Chemical Engineering, where, already in the first semester, he became actively involved in research in the university’s laboratories and was thus exposed to a wide variety of research fields. Moreover, he authored and published scientific articles while still studying for his bachelor’s degree – quite a rare achievement – and continued to do so during his graduate studies.

As an undergraduate, Zohar spent a summer at Stanford, working in the laboratory of Technion alumnus Professor Adam de la Zerda, where, for the first time, he was exposed to the connection between image processing, optics, and medical research. “The time I spent at Stanford,” he says, “profoundly impacted my interests – for the first time, I was exposed to research in the fields of biomedical imaging and image processing, which greatly influenced my academic direction.” Thus, while still completing his bachelor’s degree, Zohar began studying towards his master’s, majoring in signal processing, image processing, and machine learning. In parallel, he worked as a researcher in the Laboratory of Nanomaterial-based Devices, led by Professor Hossam Haick of the Wolfson Faculty of Chemical Engineering, where he developed flexible electronics and nanomaterial-based sensors for medical applications.

The Knight-Hennessy Scholars program aims to develop a community of emerging leaders capable of working across disciplines and cultures while preparing them to address the world’s challenges through innovation and collaboration. The scholarship is considered one of the world’s most prestigious graduate-level scholarships, where outstanding students and promising leaders can pursue the graduate degree of their choice at Stanford. Funding includes tuition and associated fees, a living stipend, and is awarded to up to one hundred candidates from all over the world every year.