Two Technion – Israel Institute of Technology faculty members have won ERC Consolidator Grants, prestigious awards allocated by the European Union (EU) as part of the Horizon 2020 research and development program. This year, the ERC (European Research Council) received 2,453 research proposals, and on December 10th announced the 301 researchers who had been selected as the recipients of €600 million in grants. The grants support researchers who focus on pioneering research, including daring multidisciplinary projects where the risk discourages investments by private entities.

The two winners from the Technion are Dr. Netanel Korin of the Faculty of Biomedical Engineering, and Professor Emanuel Milman of the Faculty of Mathematics, who together will be awarded grants totaling approximately €3.7 million. 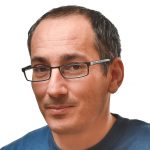 Dr. Netanel Korin of the Faculty of Biomedical Engineering was awarded for the development of technology for the treatment of brain aneurysms – bulging, weakened areas in the wall of a blood vessel in the brain that may cause intracranial hemorrhage and pose a risk to life. The condition creates an abnormal widening or ballooning of the blood vessel, and this weakened spot in the vessel can rupture, and cause extensive brain damage and even death.

In the past, aneurysms were treated by opening the skull. Today, however, most patients are treated by endovascular coiling, a method that avoids cutting open the skull, and instead utilizes a catheter to insert stents or platinum coils to block the aneurysm. Though less invasive, in certain endovascular coiling can cause the aneurysm to rupture and cause the damage it is intended to prevent.

In his grant-winning research proposal, Dr. Korin presents VasoSurfer, a new strategy that involves the use of a liquid with high surface tension to “surf” in blood vessels. In the first stage, a surface-tension-based device is carried to the location of the aneurysm, where it gently isolates the problematic area and protects it without stopping the blood flow. At this point, the aneurysm is filled with a biological adhesive, which prevents the aneurysm from rupturing, and that will, with time, lead to the complete healing of the blood vessel. 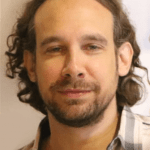 Professor Emanuel Milman of the Faculty of Mathematics was awarded his grant for research into isoperimetric inequalities – a field combining geometry and analysis which is aimed at understanding the interaction between volume and surface area. Isoperimetric problems date back to the ancient Greeks and the story of the founding of Carthage by Queen Dido, who sought to enclose an area of land big enough to build a whole city with a single oxhide. Isoperimetric inequalities also play a key role in numerous facets of differential geometry, partial differential equations, probability theory, and more.

Given a space, the isoperimetric problem seeks to characterize the shapes (of prescribed volume) whose surface area is minimal. For example, it was already known to the ancient Greeks that among all sets in the plane enclosing a given area, the circle has a minimal perimeter. The problem is well understood on two-dimensional surfaces but becomes far more complex and challenging in three-dimensions and higher. For example, the problem remains open inside a three-dimensional cube.

Prof. Milman proposes to address these challenges in several natural and important settings using new tools that he and others have developed.