The European Union has awarded a supplemental grant to Technion Professor Amit Meller’s research group to accelerate a novel technology for laser-based drilling of nano-apertures in thin film. The planned device will serve to analyze single molecules for the purpose of quick diagnosis of COVID-19 as well as other diseases.

The European Union has awarded another grant to the research group of Professor Amit Meller of the Technion Faculty of Biomedical Engineering for their OpiPore project. The aim of OpiPore is to advance novel technology for analyzing single molecules, including detecting the presence of SARS-CoV-2 RNA molecules. To do this, the researchers are developing a new method to produce solid-state Nanopores (ssNPs)– diagnostic devices based on nanopores – en mass.

The European Union has awarded a supplemental grant to Technion Professor Amit Meller’s research group to accelerate a novel technology for laser-based drilling of nano-apertures in thin film. The planned device will serve to analyze single molecules for the purpose of quick diagnosis of COVID-19 as well as other diseases

The ssNPs are a novel type of biosensors, capable of analyzing single molecules. Such analysis has immense medical and research value, since it can replace common diagnosis methods based on analysis of bulk solution. Such methods suffer from multiple disadvantages, including high costs, cumbersome lab equipment and insufficient accuracy. 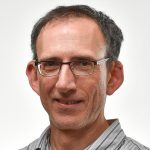 To explain the leap provided by the ssNP devices, the researchers used the example of Coronavirus SARS-CoV-2. Existing Coronavirus tests are based on RT-qPCR technology, which requires a complicated process of collecting a sample from the patient using a swab, “opening” the virus to extract its genetic material, extracting the RNA, and reverse-transcription of the RNA to DNA. But that is not the end. For the existing equipment to detect the presence of viruses in the sample, a massive amplification (PCR) is performed, doubling the amount of DNA over and over until a sufficient amount is reached. Not only is the process long and expensive, but the amplification stage can sometimes cause significant errors in detecting the presence of the virus, i.e., in determining whether a patient is positive or negative for COVID-19.

The diagnostic process developed in Meller’s lab completely obviates the amplification stage, allowing direct counting and quantifying samples of the virus’ RNA, as well as normal human RNA molecules simultaneously. In this fashion, precious time can be saved, and mistakes may be avoided. The new method is based on drawing individual biological molecules, such as DNA and RNA, by means of an electric field, into a nanopore containing an electrical sensor. The output undergoes an analysis which allows direct and immediate identification and quantification of the molecules. 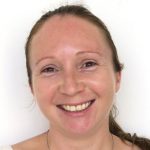 The technology was originally developed to detect tumor-associated RNA biomarkers that make it possible to diagnose cancer in its early stages. A short while after the COVID-19 epidemic, Prof. Meller’s group started working on adjusting this technology to address the urgent need for fast and precise Coronavirus tests. Proof of concept results showed the efficiency of this method in detecting the presence of SARS-CoV-2 even when the sample contained only trace amounts of the virus. This method, named “RT-qNP”, was recently published in ACS Nano. RT-qNP development was led by a post-doctoral fellow, Dr. Yana Rozevsky, in Prof. Meller’s lab, in collaboration with colleagues in Charité hospital in Berlin. The work has been supported by Prof. Meller’s ERC grant awarded by the European Union.

As previously mentioned, this month the group was awarded a supplemental “Proof of Concept” ERC grant. This grant is focused on the production of the device itself, since large-scale drilling the nano-apertures is an immense technological challenge that currently delays the widespread implementation of ssNP devices. Through long and in-depth work, Prof. Meller’s research group has developed a unique technology for drilling the nano-apertures using a focused beam of blue laser. This technology will now be further developed, to bring it to clinical use as soon as possible.

While both grants were awarded at a time when the world is dealing with the Coronavirus pandemic, the aforementioned technologies are relevant to the diagnosis of many other diseases – not only viral and microbial, but also multiple types of cancer, as preliminary studies in the Technion laboratories have already demonstrated. The Coronavirus research is performed in close collaboration with the bio-bank unit of the Rambam Medical Center.