A team of Technion researchers has presented new findings relating to the gradual deterioration of the body’s protein quality control system during aging. The study, which was published in PNAS – a peer-reviewed multidisciplinary scientific journal published by the National Academy of Sciences of the United States of America – was headed by Assistant Professor Reut Shalgi, research fellows Niv Sabath and Flonia Levy-Adam, and Ph.D. student Amal Younis, all of the Rappaport Faculty of Medicine. 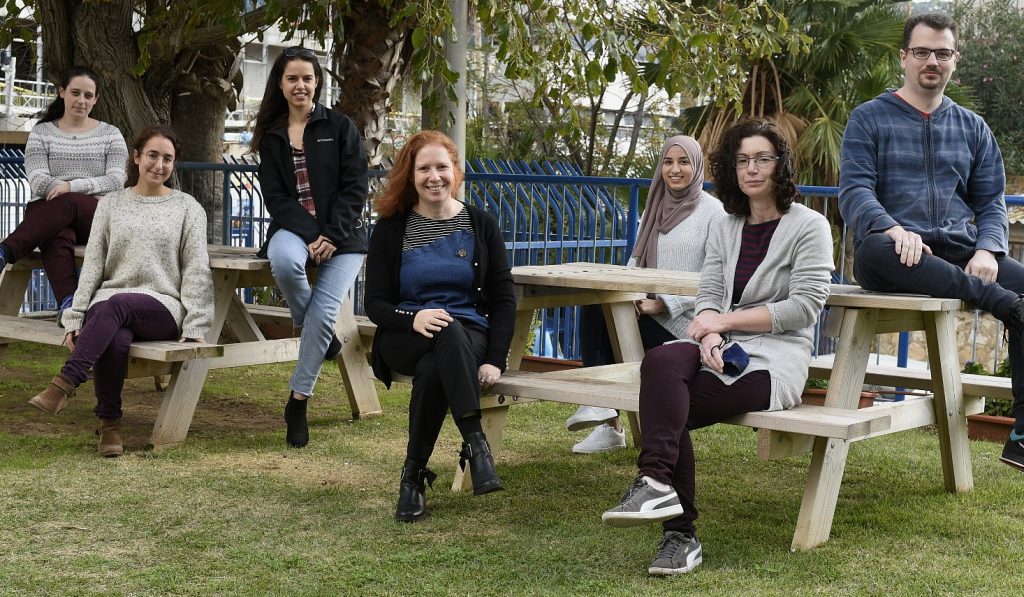 The study focuses on a vital control system that protects the cell against the accumulation of damaged proteins. When this system is compromised, aggregation of these proteins occurs in the cell and has a toxic effect, particularly when it occurs in the brain.

Proteins are active participants in all biological processes occurring in and outside of the cell, and their function depends on folding, i.e. the physical process in which they acquire a specific three-dimensional structure that enables them to interact normally with other cell components.

Proteins often misfold, which not only prevents them from fulfilling their function but also causes them to become “sticky” and accumulate in the cell, forming toxic aggregates. These toxic aggregates contribute to processes intrinsic to the development of neurodegenerative diseases, including Alzheimer’s, Parkinson’s, ALS, and Huntington’s disease.

Protein damage occurs frequently, and during the course of evolution, a cellular control mechanism has evolved that tests the quality of proteins from the moment they are synthesized (“born”) on the ribosome until they die. This mechanism, called proteostasis, identifies damaged proteins and deals with them in one of three ways: it refolds them; sequesters and inactivates them so they will not affect cellular activity; or sends them to the proteasome, the cellular trash can. This mechanism ensures that damaged proteins, which occur in healthy cells as well, are treated and do not accumulate to form toxic aggregates, such as those that lead to neurodegenerative disease. However, the aging process involves the deterioration of the proteostasis mechanism. This deterioration, previously demonstrated in worms (nematodes), has now been demonstrated for the first time in aging human cells using transcriptome-wide characterization of gene expression, splicing, and translation. 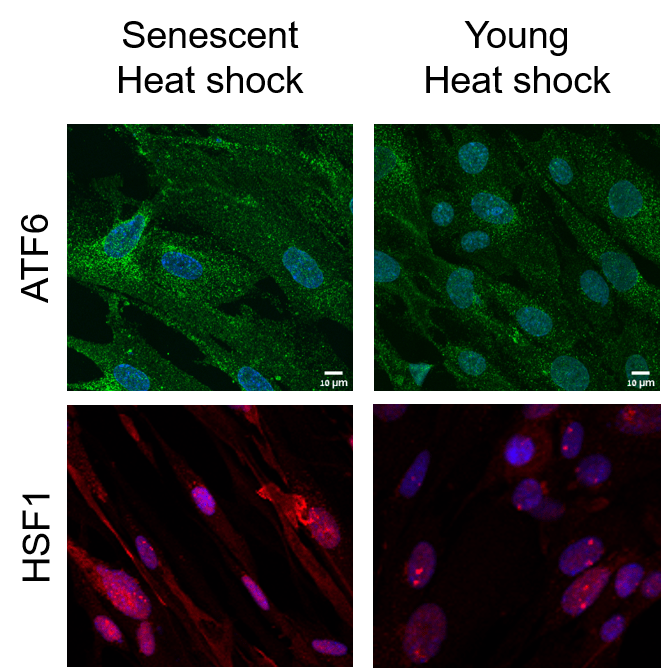 Figure legend: Immuno-fluorescence imaging of young (right) or senescent (left) heat-shocked fibroblasts, where two central transcription factors (TFs), ATF6 (green) and HSF1 (red), were stained. While in young cells, both TFs enter the nucleus, a necessary step for the activation of an optimal transcriptional response to stress, in senescent cells both factors do not fully enter the nucleus. Additionally, HSF1 generates a special punctae structure in young cells, which is optimal for transcriptional activation, but in senescent cells these structures are disorganized.

In the article, the Technion team presents the phenomenon in the context of heat stress. The researchers demonstrated that, as opposed to young, healthy cells, in stressed senescent cells (i.e. cells which have undergone cellular aging), the transcriptional activation of the heat shock response was found to deteriorate significantly. Although senescent cells showed stress sensing, unlike young cells they were unable to trigger the unfolded protein response (UPR) and the heat shock response (HSR), related transcriptional responses necessary to fully overcome the stress. Two important stress transcription factors, which are responsible for mounting this response, were found to mis-localize and not fully enter the cells’ nucleus. The researchers also found the function of the proteasome – the cellular trash can – was impaired following heat stress in aging cells, and did not recover even after given time to recover from the shock.

Prof. Reut Shalgi holds a B.Sc. in Computer Science and Life Sciences from Tel Aviv University, and an M.Sc. in Bioinformatics, and a Ph.D. in Life Sciences from the Weizmann Institute of Science. In October 2014, following a postdoctoral fellowship at MIT, she became a faculty member at the Technion in the Rappaport Faculty of Medicine. Her lab combines computational and molecular biology to battle questions related to protein homeostasis regulation in stress and neurodegeneration. She is presently also a member of the Rappaport Family Institute for Research in the Medical Sciences and the Prince Center for Neurodegenerative Disorders of the Brain.