UK Chief Rabbi, visionary thinker and deep friend of Technion Israel, has passed away at age 73

Rabbi Lord Johnathan Sacks, an international religious leader, philosopher, and award-winning author who served as Chief Rabbi of the United Hebrew Congregations of the Commonwealth from 1991 to 2013 passed away at the age of 73.

In 2018, the Technion awarded Rabbi Sacks an honorary doctorate “In honor of his decades-long contribution to the preservation of traditional Jewish faith and to the enrichment of Jewish identity; in homage to his stature as an international religious leader and a respected moral voice in the world; and with feelings of gratitude for his steadfast devotion to the State of Israel and the Jewish people.” 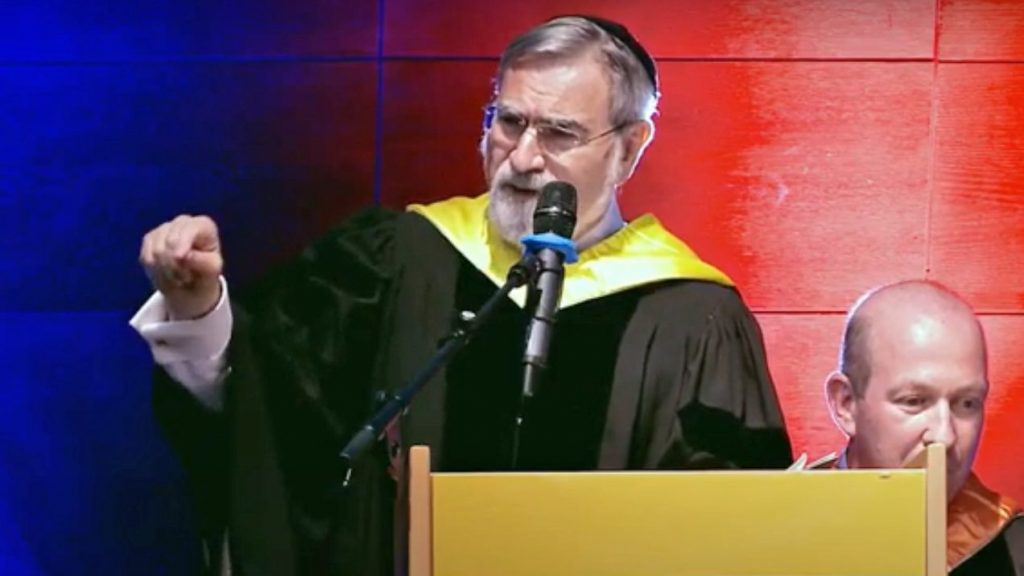 At the Technion Honorary Doctorate Award Ceremony, Rabbi Sacks delivered an address on behalf of all of the honorary awardees. He referred to what a great honor it was to receive an honorary doctorate from the institute that developed a drug for Parkinson’s disease, achieved breakthroughs in information technology, and lead the development of the Iron Dome system. He continued that, Israel had demonstrated how to be 70 years old, or nearly 4,000 years old as was the case with the Jewish people, and remain young. He was of the view that part of Israel’s ability to remain young rested with the Technion, as it was a living exemplar of “social reformation”, of reconstituting a fragmented world. It did so he said, “by virtue of its position at the heart of Israel’s high-tech economy, the “start-up nation”.  Every technological innovation that can be traced back to Israel – whether it be medical technology, nanotechnology, agricultural technology, or information technology – has enhanced peoples’ lives.”

Within the framework of the 2018 Board of Governors Meeting, Rabbi Sacks and Nobel Laureate Distinguished Professor Aaron Ciechanover from Technion’s Rappaport Faculty of Medicine held a public dialogue on the topic “Does G-d Play Dice?” – click here to view the event.

May his memory be for a blessing.