The collaboration yielded an innovative electronic receiver and satellite computer for the ADELIS-SAMSON Project;

August 25, 2020 – A close technological and research collaboration between the Technion – Israel Institute of Technology and Israel Aerospace Industries (IAI) has yielded an advanced electronic receiver that constitutes a unique development in the nano-satellite category. The collaboration was part of Technion’s ” ADELIS-SAMSON” project, in which three nano-satellites will be launched into space in December. The three satellites, which will fly in an autonomous formation without human intervention, are tasked with receiving signals from Earth and detecting their precise location for search and rescue, remote sensing, and environmental monitoring missions. The software and algorithms that control the flight were developed at Technion’s Distributed Space Systems Lab in the Asher Space Research Institute. 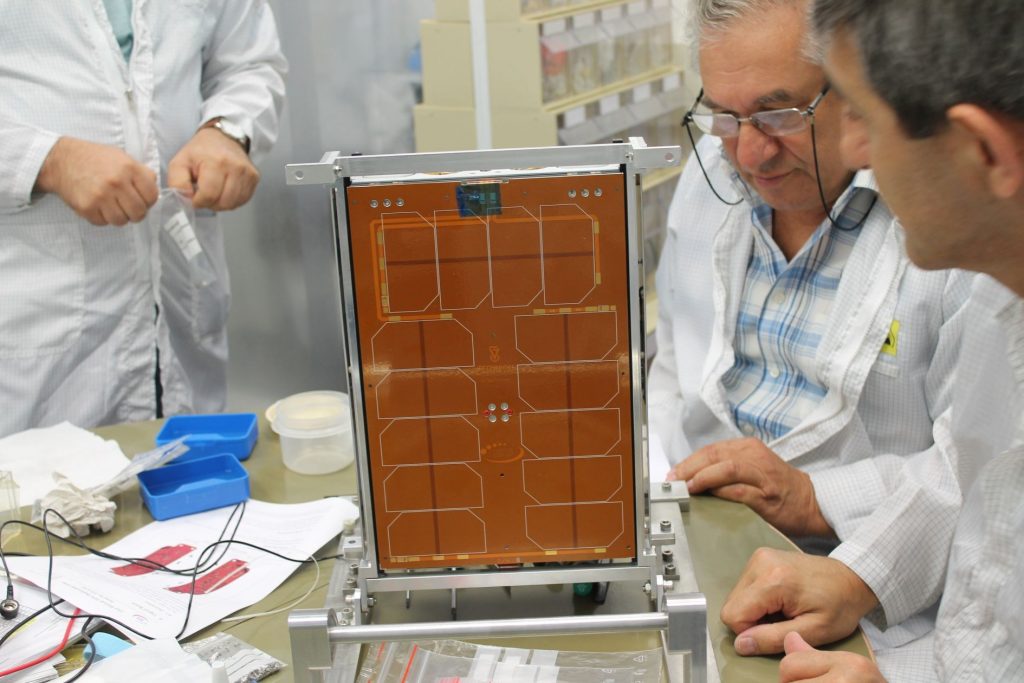 Hovik Agalarian, Chief Electronics Engineer of the Asher Institute of Space Research, with the new receiver

The electronic receiver, developed and built especially for the ” ADELIS-SAMSON” project by Elta Systems, an IAI division and subsidiary, picks-up, identifies, and records signals from Earth. It comprises an information processing system that calculates the location of the transmission. The miniature system was developed particularly for nano-satellites in order to extend the scope of the missions they can perform. The system integrates with the three mission computers developed by IAI’s MABAT Division.

The ” ADELIS-SAMSON” project is headed by Professor Pini Gurfil, head of the Asher Space Research Institute and a faculty member in Technion Faculty of Aerospace Engineering and with the support of the ADELIS Foundation and the Israel Space Agency in the Ministry of Science and Technology

“We worked closely with IAI engineers on this development for more than five years,” said Prof. Gurfil. “The project showcases the benefits of academy-industry collaboration, which yielded an outstanding result in the form of an innovative space-borne system. We thank IAI engineers for their professionalism and commitment. The system we co-developed places ADELIS-SAMSON at the forefront of nano-satellite technology.”

IAI CEO, Nimrod Sheffer, said, “The new development will help promote a new space research area. Collaboration with the Technion and other academic institutions is invaluable to us, as it promotes academic research and our future technological ventures. The receiver developed for this project offers a new way for space geo-location of ground electromagnetic signals. It is based on IAI’s extensive engineering know-how and experience in satellites, electronic warfare, intelligence interpretation systems, and communication networks.”