Technion researchers have developed a method for predicting the safety and effectiveness of diabetes treatment methods for specific patients.  The patented discovery will help physicians determine which treatments to use and which to avoid when caring for their diabetic patients. 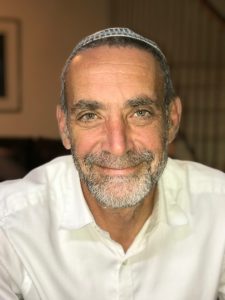 The research was led by Professor Andrew P. Levy, MD, Ph.D., of the Technion’s Rappaport Faculty of Medicine, along with Leah E. Cahill, Ph.D. and doctoral candidate Allie S. Carew of the Harvard T.H. Chan School of Public Health and Department of Medicine of Dalhousie University in Nova Scotia, Canada. The researchers investigated 5,805 diabetic patients, and their work has been patented and published in the Journal of the American College of Cardiology (JACC).

Diabetes is one of the most common diseases in the developed world. The disease, which affects roughly 10% of Israelis, is a metabolic condition characterized by high concentrations of glucose, or simple sugars, in the patients’ bloodstream. The disease is caused by a malfunction of the insulin absorption process. When functioning correctly, the pancreas produces the hormone insulin to help cells convert glucose into energy to power the body. However, among people with diabetes, the process is disrupted for one of two reasons: either the body does not produce enough insulin, or the cells are insulin resistant. The result in both cases is hyperglycemia, an excessive accumulation of glucose in the blood.

Hyperglycemia poses a significant danger, damaging the inner blood vessel walls and leading to a narrowing of the arteries and veins. According to Prof. Levy, “Hyperglycemia harms numerous bodily functions, including vision and kidney function. However, when it impairs cardiovascular activity, the results can be catastrophic. And in fact, most deaths of diabetic patients are caused by heart disease.”

The most common treatment of diabetes focuses on intensive therapy to reduce blood sugar levels. However, today researchers know that this drastic reduction can actually be harmful and significantly increase mortality rates. This was demonstrated a decade ago in a landmark American study called ACCORD, published by The New England Journal of Medicine.  The study showed that intensive treatment could actually increase mortality rates amongst diabetic patients.

The revelations of the ACCORD study posed a significant ethical dilemma for doctors. Should they treat diabetes if it risks causing cardiovascular damage?

Enter Prof. Andrew Levy, who has spent more than 20 years searching for a simple blood test for identifying diabetic patients at high risk of heart attacks. His discovery began in past research showing that certain haptoglobin protein types in diabetic patients could predict patients’ level of risk for cardiovascular complications. For example, patients with type 2-2 haptoglobin are nearly five times as likely to suffer heart attacks than patients without. Building on that data, Prof. Levy then examined the patients in the ACCORD study to see if their response to aggressive treatment correlated with their haptoglobin protein type.

The study just published in the JACC reveals that among diabetics with type 2-2 haptoglobin, an intensive reduction in blood sugar levels reduced heart attacks by approximately 30%, but did not change mortality rates. However, among diabetes patients with other types of haptoglobin protein, intensive treatment did not affect the number of heart attacks and even increased mortality rates by a dramatic 40%.

Prof. Levy and the research team concluded that checking haptoglobin could allow doctors to predict the success of aggressive treatment. According to Prof. Levy, “The ACCORD research was curtailed because of the rise in the number of patients who died as a result of treatment. However, today we can identify the specific patients who will indeed respond positively to treatment. Currently, more studies are being planned that will verify and strengthen this research.”