Inspired by the potassium channel in cells: The future of ion-selective synthetic membranes is vast 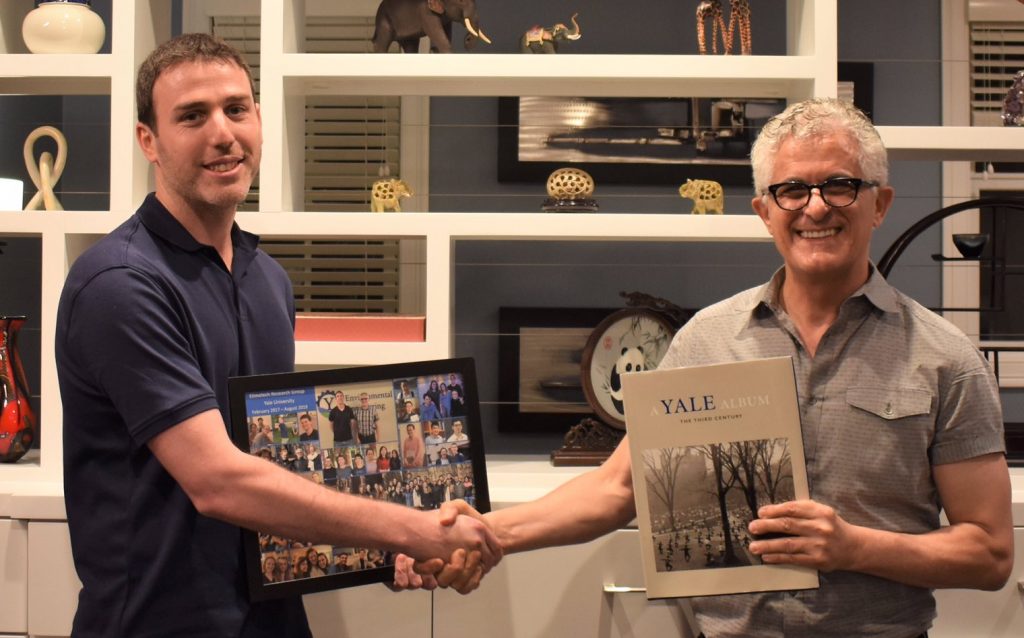 A Nature Nanotechnology perspective piece by new Assistant Professor Razi Epsztein, of the Technion Faculty of Civil and Environmental Engineering, and his postdoc mentor, Professor Menachem Elimelech from Yale University, highlights the future of synthetic membranes, which are used widely in desalination and other technologies. The focus of the researchers’ piece is on the future fabrication of membranes with sub-nanoscale pores that possess the ability to selectively distinguish between specific ions in water, even extremely similar ones, such as sodium and potassium.

Currently, membrane technology is predominantly used in reverse osmosis desalination, an energy-efficient way to ideally remove all salts from water. However, reverse osmosis and other types of synthetic membranes lack the ability to discriminate between ions, which results, for example, in the redundant step of re-adding the ions that are necessary for drinking water to be safe. Moreover, the waste, or brine, resulting from current non-selective desalination is an environmental concern.

Based on the potassium channel found in cells, synthetic ion-selective membranes take their inspiration from nature’s ingenuity. Such ion-selective technology would pave the way for membranes that can be used to remove a contaminant from groundwater while leaving “good” ions behind; membranes with the ability to mine important elements from water such as lithium, which is a valuable resource for batteries in our wireless world; a method to pre-treat and remove calcium and magnesium from seawater, before desalination, to reduce scale buildup that shortens the lifespan of reverse osmosis membranes; filtering or sensing target compounds in medicine; and much more.

Emphasizing the potential of ion-selective membranes, Prof Epszstein said that, “Selectivity is fascinating and important at the same time. Improving our ability to discriminate and separate between small ions and molecules can be super beneficial for water-treatment processes, as well as for resource recovery, energy production, sensing, and even medicine.”

Prof. Epsztein’s lab will focus on the development of “selective separation technologies for a wide range of environmental applications, with a focus on membrane technologies at the water-energy nexus.” This will entail the fundamental study of transport in polymeric (organic) membranes and advanced materials followed by the fabrication of selective membranes for various applications that require high selectivity.