The study is a significant milestone towards the development of computer memory units with computational abilities, a solution to the call for faster processing and analytics needed for Big Data.

Researchers at the Viterbi Faculty of Electrical Engineering have presented a breakthrough in in-memory computing: the use of computer memory to perform computational operations. The study, published in IEEE Transactions on Electron Devices, was led by Professor Shahar Kvatinsky, and graduate student Barak Hoffer, in collaboration with Professor Rainer Waser’s group from the Jülich Research Center and researchers Dr. Vikas Rana and Dr. Stephan Menzel. 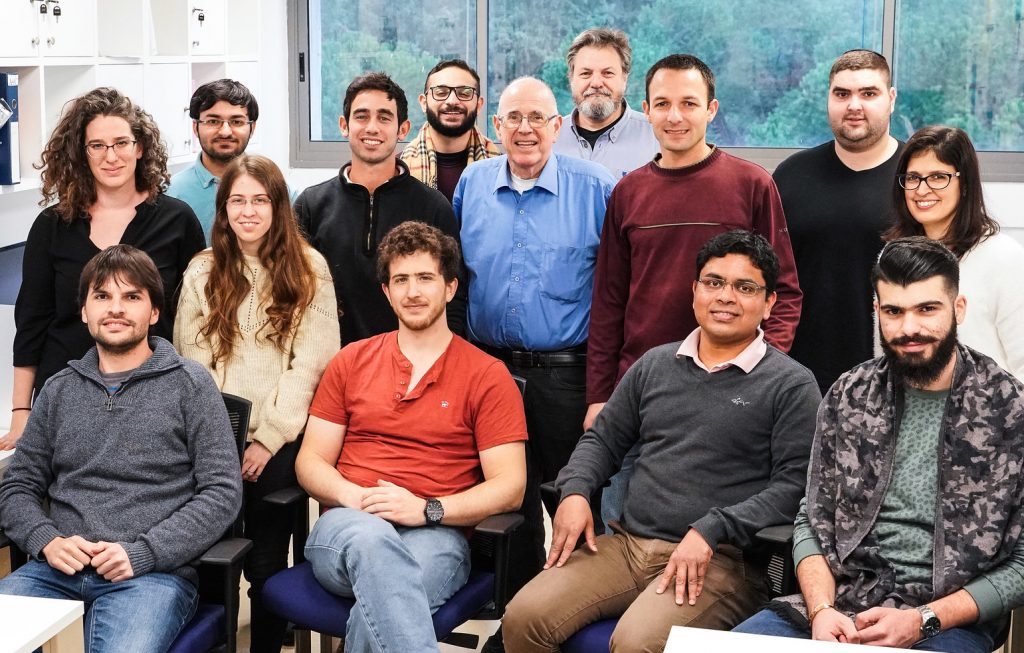 Since the first computers were built in the 1940s, the basic structure of the computer has hardly changed.

“The classic computer we are familiar with consists of two central units — the processor, which performs computations and the memory, which stores the information,” said Prof. Kvatinsky. “Over the past decades, in both of these areas, meteoric improvements have been achieved – the processing ability of the processors has increased significantly and the storage capacity in the memory units has increased dramatically. But communication between them has become a bottleneck that limits the entire computer’s processing rate. This is because the transfer of information between the processor and memory is significantly slower than the processing itself and consumes a lot of energy. ”

In recent years, Prof. Kvatinsky’s group has focused on several avenues to achieve functional in-memory computing. The memristor-aided logic (MAGIC) technique, invented by Prof. Kvatinsky, does this by employing memristive devices – a form of circuit that can both store and process information and exceeds the performance of conventional circuit technologies in this domain. The present article demonstrates how in-memory computing can be achieved using the MAGIC technique on fabricated memristor devices.

“The attempt to process data in the memory unit is not entirely new,” explained Prof. Kvatinsky, “but its technological realization is very complex and challenging, partly because of the different physical properties of the computational components in the processor (transistors) and the components exist in computer memory today. Some attempts have been based on performing some of the computation close to the storage units, thus reducing the cost of transferring information between the units. Attempts have also been made to use the memory cells for computation, but this is usually a limited calculation that differs in essence from the digital calculation performed by the processor. “

In the article, Technion researchers present a successful assimilation of three logical gates within a memory unit created by the Jülich partners, and demonstrate, experimentally, that “the new gates produce correct and reproducible results.” In addition, they demonstrate the feasibility of more complex logic functions. Prof. Kvatinsky believes this is a significant milestone towards the development of computer memory units with significant computational abilities.

“For about a decade we’ve been developing theory and computer simulations of how the logic gates we designed will perform logical calculations in a similar way to a processor,” he said. “This is the first work that demonstrates this method on memory components created and measured in the lab, moving the method from theory to practice.”

The study was conducted with the support of the European Research Council (ERC Starting Grant) and the Israel Science Foundation.