Prof. Ayelet Fishman of the Technion:

New technology based on directed evolution of a natural enzyme is expected to accelerate and improve the efficiency of the production of waste-based fuels. The research published in the journal ChemCatChem, was led by Prof. Ayelet Fishman and her doctoral student Shalev Gihaz from the Faculty of Biotechnology and Food Engineering at the Technion-Israel Institute of Technology in Haifa. 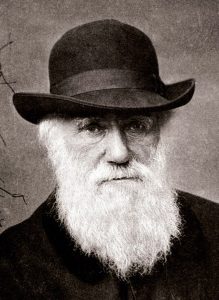 Charles Robert Darwin, 12 February 1809 – 19 April 1882) was an English naturalist, geologist and biologist, best known for his contributions to the science of evolution.

Evolution, as we learned from English geologist, biologist and naturalist Charles Darwin, operates on a dual mechanism of mutation and natural selection. Mutations are a random phenomenon that occurs spontaneously in any organism, and most have no significance for the organism. But sometimes, the mutation gives the organism some survival advantage that will pass on to its offspring that, in turn, will hand the mutation down and it will be set in the genome. This is natural selection.

Prof. Ayelet Fishman, head of the Laboratory of Molecular and Applied Biocatalysis, is developing methods for creating desirable chemical reactions using enzymes – natural molecules that evolved over billions of years of evolution. The enzymes work well in the natural environment, so they have an advantage over artificial chemical catalysts that require special conditions such as high temperatures and high pressure. Prof. Frances Hamilton Arnold, who recently visited the Technion, is the Linus Pauling Professor of Chemical Engineering, Bioengineering and Biochemistry at the California Institute of Technology and was awarded the 2018 Nobel Prize in Chemistry for this field of directed evolution.

“In fact, we are mimicking, or continuing, the evolutionary process,” explains Prof. Fishman, “but doing so in a way that optimizes the production of the desired products – food, detergents and the like – by encouraging random mutations and their choice-controlled unnatural selection.”

Using molecular techniques, the lab researchers are speeding up the development of mutations, creating a library of hundreds of thousands of mutants and choosing the enhanced mutants – those that are improved from the point of view of the function we are looking for, such as decomposition of fats by detergents. “Again and again, we repeat this process of encouraging mutations, creating libraries and controlled selection until we get the enzyme suitable for the required job.”

The current article presents innovative technology for the production of biodiesel – fuel produced from discarded oil – that is, leftovers from falafel stands, factories and the like. The importance of biodiesel is that it replaces ore-based fuels (such as gasoline), whose sources are being depleted and their mining is seriously damaging the environment.

Biodiesel is today produced by compressing methanol and oil through chemical catalysts, which require special and expensive production conditions. Here, however, researchers suggest making biodiesel using a natural enzyme called lipase. This enzyme, which is produced in the pancreas, breaks down lipids in the blood and is vital for normal body functioning and for coping with medical conditions such as diseases of the pancreas, kidney failure and inflammation of the gallbladder.

The problem is that lipase is unstable in non-aqueous environments such as methanol, which is essential for biodiesel production. Therefore, the research group focused on improving the stability of the enzyme at high concentrations of methanol. This is through the same approach of directed evolution. “We encouraged the formation of lipase mutations and exposed them to methanol for half an hour. The ‘surviving molecules’ went on to the next stage, another round of mutations and controlled selection, until the production of an enzyme with methanol resistance that was 100 times higher than the original enzyme.”

Prof. Fishman stresses that this is not only directed evolution, but also involves engineering activities based on analyzing the enzyme structure of a particle accelerator, identifying the characteristics that give it ethanol resistance and improving the production process using an amino acid called cysteine.

To summarize, using directed evolution and further stabilization of the enzyme by chemical means, unprecedented resistance was achieved – the enhanced lipase is stable in a liquid containing 70% methanol. The researchers believe that this achievement paves the way for expanding the production of biodiesel and to promote its use.

The study was conducted with the support of the Russell Berrie Nanotechnology Institute (RBNI).

Prof. Ayelet Fishman is the Technion’s Dean. She holds a bachelor’s degree (with honors), a master’s degree and a doctorate from the Technion’s Faculty of Biotechnology and Food Engineering. In 2005, after completing a post-doctoral position at the University of Connecticut and an extended position at the Tami-IMI Institute of the Israel Chemical Research Center, she returned to the Faculty as a faculty member. She has since headed the Technion’s Laboratory of Molecular and Applied Biocatalysis.

Prof. Fishman has won numerous awards including the Henri Gutwirth Prize for the Promotion of Research (2011) and the Yanai Award for Excellence in Academic Education (2011). 2011.

She was recently appointed to the position of Dean of Students, in which she is responsible for the full range of assistance to students during their studies – with scholarships and loans, in dormitories and mentoring, in psychological counseling, aid to Israel Defense Forces reservists and enriching campus life with social and cultural activities.