Technion - Israel Institute of Technology > Archive > Bauhaus on the Carmel

Bauhaus on the Carmel: Modern Architectures and the Challenge of Co-Existence in Haifa

During the 1920s and 1930s, approximately 100 European architects made Aliyah and many proceeded to design buildings in pre-State Palestine in what has been labeled the International Style, inspired by German and Austrian schools, including Bauhaus. Although Tel Aviv is better known for its Bauhaus architecture, Haifa is actually home to a larger number of buildings built in this style, including the neighborhood of Hadar HaCarmel, which was designed by German-immigrant architect Richard Kauffmann. Unfortunately, most of these buildings have not been preserved and Haifa’s role as a center of Bauhaus architecture has largely been ignored. 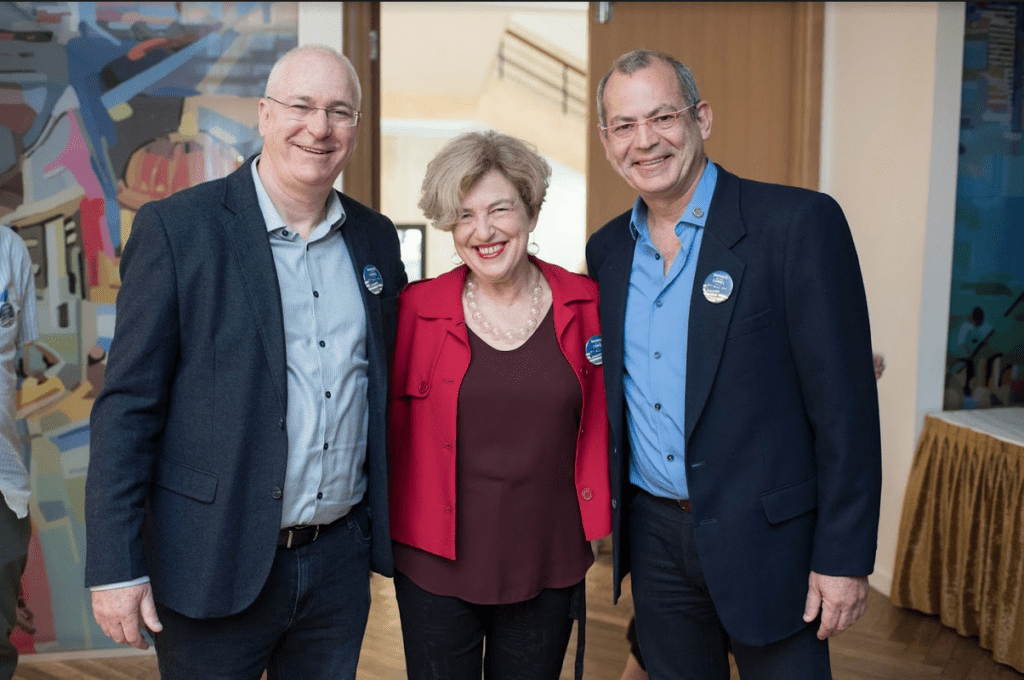 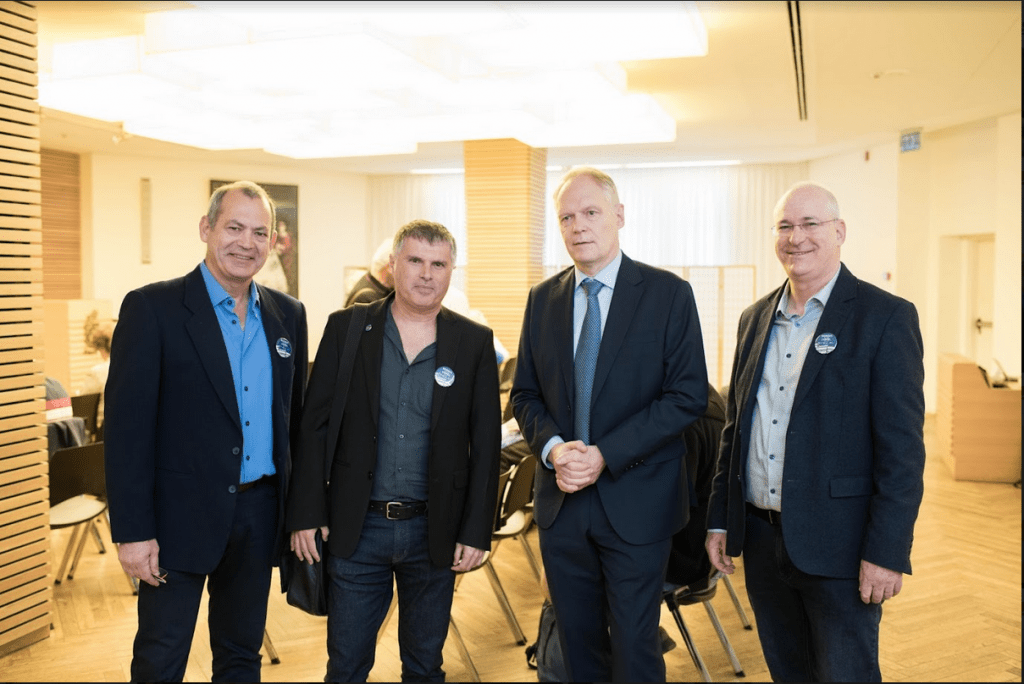 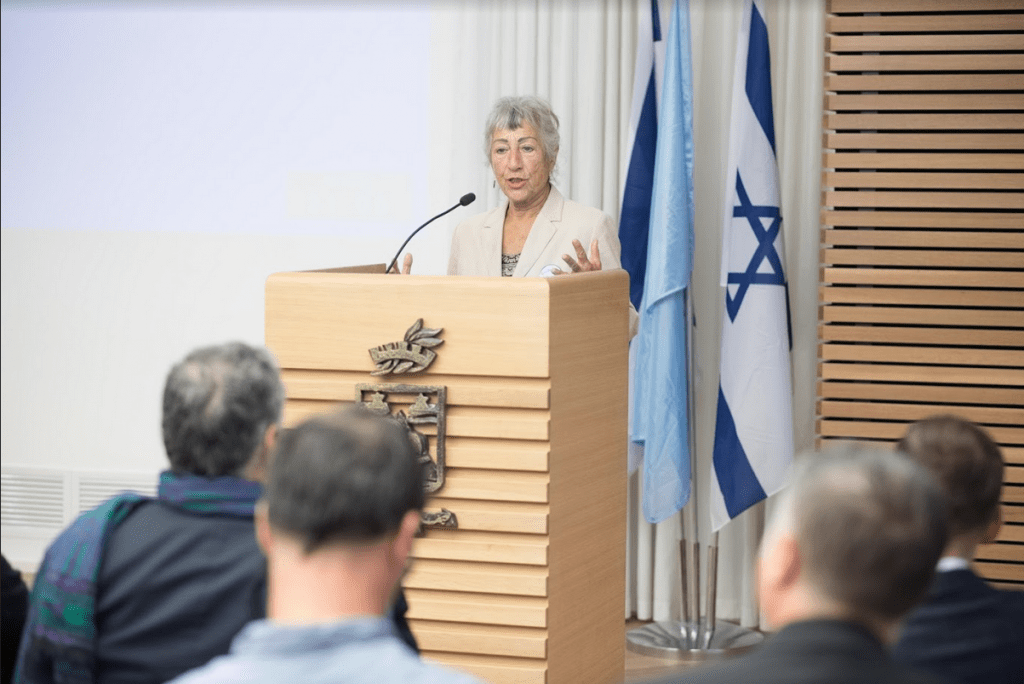 Prof. Jacob Grobman, Dean of Technion’s Faculty of Architecture and Town Planning, announced at the symposium that this year would be the “Year of Haifa” at the Faculty. “We are sitting on a jewel. We want to help the city uncover the treasure and make Haifa shine again,” he said.

In her opening remarks, Haifa mayor Einat Kalisch-Rotem noted that one of her first steps upon taking office a year ago was to plan the Bauhaus centennial celebrations in Haifa. The subject is close to her heart, as she herself is a Technion-trained architect and urban planner who served as the chair of the Haifa Architects Association. “Haifa needs to rethink its economic development. One of its biggest assets is its architectural heritage, and we must convince residents and developers to preserve this gem,” she said. The mayor revealed that her dream is for Haifa to be declared a UNESCO World Heritage Site, just like Tel Aviv.

Sarah Arenson, who is a Technion Honorary Fellow, spoke about how architecture is a major tool in shaping public space. “It is important to preserve the past while building the future, and this is where academic research meets public interest,” she said. Arensen is grateful to Technion’s Faculty of Architecture and Town Planning, which “understands that our future must grow from our diverse past heritage.” She believes deeply in the importance of strong town-gown relations between Technion and the city of Haifa.

Although the Bauhaus School was located in Germany, its impact was strongly felt in Austria as well. For this reason, the symposium included lectures by Bauhaus experts and architects from both Germany and Austria. Arno Mitterdorfer, the Cultural Attaché at the Austrian Embassy in Israel, spoke eloquently about the connection between Austria and Haifa. In the 1902 book Altneuland, Theodor Herzl, who was of course Austrian, wrote about Haifa as a futuristic utopian city. Later, in the 1930s, numerous Jewish architects who were trained in Vienna found safe haven in Haifa and were influential in building the city.

Prof. Werner Möller of the Bauhaus Dessau Foundation, described how the Bauhaus School wanted to change society by encouraging communal living, and drew a parallel between the Bauhaus ideology and that of the early pioneers in pre-State Palestine, especially the kibbutzim. Prof. Rudolf Lückmann of Anhalt University of Applied Science in Germany spoke about Bauhaus’ extensive Jewish connection. Numerous Jews were trained at the school and a large share of the architects’ clients was Jewish. His lecture focused on Leopold Fischer, a Jewish Bauhaus-trained architect. Prof. Alfred Jacoby, also from Anhalt University, spent a year at Technion 25 years ago and has a deep relationship with Haifa and Technion. He also spoke about the Jewish roots of Bauhaus.

Matthias Dorfstetter from the Vienna University of Technology, discussed the work of Vienna-trained architects in Haifa in the 1930s. “Around 100 architects came from Europe, many of them from Austria. Six were Bauhaus students,” he noted. Vienna-trained architects who designed buildings in Haifa in the International (Bauhaus) style during the 1930s included Paul Engelmann, Leopold Krakauer, Alfred Goldberger and Gideon Kaminka.

The filmmaker Amos Gitai gave a fascinating talk about his father, Munio Weinraub Gitai, who studied at the Bauhaus School and immigrated to Haifa, eventually designing over 8,000 buildings around the country, including the central synagogue in Haifa.

Prof. Or Aleksandrowicz, an expert on building climatology from Technion’s Faculty of Architecture and Town Planning, described how, in early 20th-century Palestine, a scientifically rigorous attempt was made for the first time to include climate in building design. In 1909, architect Alexander Baerwald, who immigrated to Haifa from Germany, took into account the importance of sun and wind when designing the first Technion building. The well-known architect Arieh Sharon, who studied at the Bauhaus School under Walter Gropius and Hannes Meyer, also saw climate as a crucial component of healthy design, although several of his premises proved to be erroneous.

Waleed Karkabi, head of Haifa’s Building Conservation Team, provided an interesting overview of Arab-Jewish architectural cooperation during the British Mandate. He explained that the British designated Haifa to be their main administrative center in the Middle East and that the city’s population grew exponentially during the 1930s and 1940s. One of the main projects in those years was the construction of Haifa’s new port, which was built in the International Style. Many of the architects who escaped from the Nazis and moved to Haifa designed homes for Haifa’s Arab elite. One of the most prolific was Moshe Gerstel, who also designed the iconic Talpiot Market on Sirkin Street.

The Haifa-based architect Adeeb Daoud Naccache, an expert on restoration and preservation in Israel’s Arab sector, spoke about an architectural style developed in the late 1930s and known as Levantine Modernism. The style was exemplified by Haifa’s Garden Mansions project, which was designed by the Lebanese architect Antoine Tabet.