The Technion Board of Governors Welcomes a New Chairman

Scott Leemaster of Franklin, Michigan, is the new chairman of the Technion Board of Governors, the governing body of the Technion–Israel Institute of Technology. He assumed the post in June 2019 during the Board’s annual meeting, succeeding long-time chairman, Larry Jackier. Both Mr. Leemaster and Mr. Jackier hail from the Detroit area. 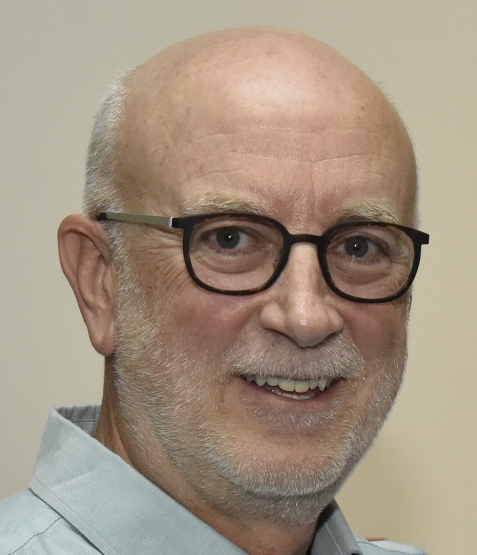 “For many years now, I have been fortunate to follow in Larry’s footsteps, and honored to work together with him on behalf of the Technion,” Mr. Leemaster said. “This amazing institution is arguably the fundamental driver not only of Israel’s economic success, but also of its growing international relationships in Africa, India, China, and other parts of Asia. I am deeply honored to be asked to take on this new role and grateful for the opportunity to continue my life-long love affair with the Technion and its people.”

He became involved with the ATS in the late 1990s, driven by the Jewish value of tikkun olam, Hebrew for repairing the world. “The Technion improves the lives of people around the world through its innovative solutions in science and technology. Technologies related to agriculture, energy, water, and solar all have deep roots at the Technion,” said Mr. Leemaster.

He participated in an ATS leadership development program, and by 2004 was elected to a two-year term as president of the organization’s Detroit community. In 2008, he assumed the local presidency again. Under his stewardship, Detroit supporters helped fund key Technion projects including laboratories at the Stephen and Nancy Grand Water Research Institute, the Max Gill Emergency Fund for Technion Students, The D. Dan and Betty Kahn Mechanical Engineering Building and the Michigan–Israel Partnership, a research collaboration between the University of Michigan, the Technion and the Weizmann Institute of Science.

On the national level, Mr. Leemaster became active on the ATS National Board of Directors in 2005, chaired numerous committees including the Audit Committee, and in 2012 became ATS president. During his tenure, he presided over the launch of the organization’s half-billion-dollar fundraising campaign, “Innovation for a Better World.” Most recently, he has served as the national chairman of the board.

He and his wife Susie have participated in and co-chaired many ATS trips to Israel and other destinations. Together with Mr. Jackier, he helped organize a Solidarity Delegation to Israel during Operation Protective Edge in 2014.

The Leemasters are Technion Guardians, a designation for those who support the university at the highest level. They have generously funded a number of projects including the Departmental Library in the D. Dan & Betty Kahn Mechanical Engineering Building, and the Shared Core Facility in the Sohnis and Forman Families Center of Excellence for Stem Cell and Tissue Regeneration Research. In 2009, Mr. Leemaster was awarded a Technion Honorary Fellowship for his generosity and his hands-on involvement.

Outside of the Technion, Mr. Leemaster’s main philanthropic involvements are with the Hebrew Free Loan, where he served on the board and executive committee. Previously, he was active with the Jewish Federation of Metropolitan Detroit. He was recognized for his community service with the Alex J. Etkin Award for Young Leadership in 2001-2002, and with a Distinguished Community Service Award from the Association of Fundraising Professionals in 2008.

He and Susie have one son, Jacob, who participated in the Technion’s SciTech summer science program for high school students. Jacob is now an electrical engineer with MIT, in Boston, Mass.