On Monday, May 28, the Technion held its annual doctoral degree ceremony, commenced by Technion President Prof. Peretz Lavie and Prof. Dan Givoli, Dean of the Graduate School. Prof. Aviad Shapira of the Faculty of Civil and Environmental Engineering, who was master of ceremonies, had also been the advisor to the oldest doctor at the ceremony: Albert Ben-David, 74, who had also completed both his bachelor’s and master’s degrees at the Technion.

“You are a very important resource for maintaining the high standard of research that the Technion is known for all over the world and is proud of,” said Prof. Givoli. “You and your advisors are the Technion’s research foundation.”

Doctoral degrees were awarded to 216 graduates, 43 percent of whom were women. Most graduates are native-born Israelis, with other originating from Italy, Georgia, South Africa, South Korea, Lithuania, China, and countries of the former Soviet Union. The largest age bracket was 30-40, while the youngest graduate was 25 years old.

“The Technion was a second home and a friendly environment when I needed them most,” Dr. Cohen said. “What characterizes this wonderful institution is that while it consistently crosses boundaries, it is careful to preserve its warmth and humanity – and that is exactly how it represents Israeli society,” said Dr. Dvora Cohen on behalf of the graduates., Dr. Cohen completed her doctorate at the Viterbi Faculty of Electrical Engineering under the guidance of Prof. Yonina Eldar. She immigrated from France alone at age 18, and began studies at Technion within a few months.

The doctoral dissertations presented by the graduates reflect the variety of fields studied at the Technion. Examples of research conducted by the new doctors include: motor markers of ADHD; the relationship between speed of travel, road characteristics, and motor vehicle accidents; harvesting fruit using a robot; cloud network sharing; optical accelerators; transporting drugs through the body using nanoparticles; the interaction between intestinal bacteria and the immune system; evolution of bacteria in real-time; damage caused by smoking; converting solar energy using spinach leaves; and inspecting movement in animals.

Anat and Kfir Lev-Ari, 34, received PhD degrees for their research at the Viterbi Faculty of Electrical Engineering. They were friends in junior high school in Kfar-Saba, but became a couple at the Technion. As Anat and Kfir sat on the stage, their sons, Adam and twins Eitan and Liam, watched them – all three were born during their parents’ doctoral studies.

Anat and Kfir earned all their academic degrees at the Technion. Anat completed her bachelor’s and master’s degree in mathematics on the topics of statistics and performance research, and her doctorate, on the control and optimization of queuing systems, was supervised by Prof. Rami Atar. Kfir completed his bachelor’s degree in computer science (software engineering) and then worked at Zoran, a high-tech company, and at Wanova, a start-up. He then enrolled for a master’s degree and continued to a direct PhD track under the guidance of Prof. Idit Keidar, on the assembly of distributed systems.

“The bachelor’s degree was challenging in terms of learning and exams,” he says, “but the doctorate was difficult in a different way: having to think outside the box, be creative, and present something new. During a doctorate, no one is constantly watching you and pointing out where you went wrong; you’re the one who must prove that you are progressing correctly. Fortunately, I had an excellent advisor who helped me see things in the correct proportions and gave me the freedom to do things my way.”

Over the course of his doctorate, Kfir had summer internships at Yahoo, Google Israel, and Google in the United States. “It was an excellent opportunity for progress. It’s true that you can work as an undergraduate student, but when you come as a doctoral student, you take part in very serious projects and learn a lot.”

In September 2017, Kfir began working for Apple as part of an iCloud research and development team at Apple’s headquarters (Apple Park) in Cupertino, California, where he works on servers and cloud technologies. “Academia is a fascinating place, but in industry, and especially at giant companies like Apple and Google, there are humungous systems with challenges that are very interesting to deal with on both theoretical and practical levels. That is why I decided to go into industry rather than a post-doctoral position.” 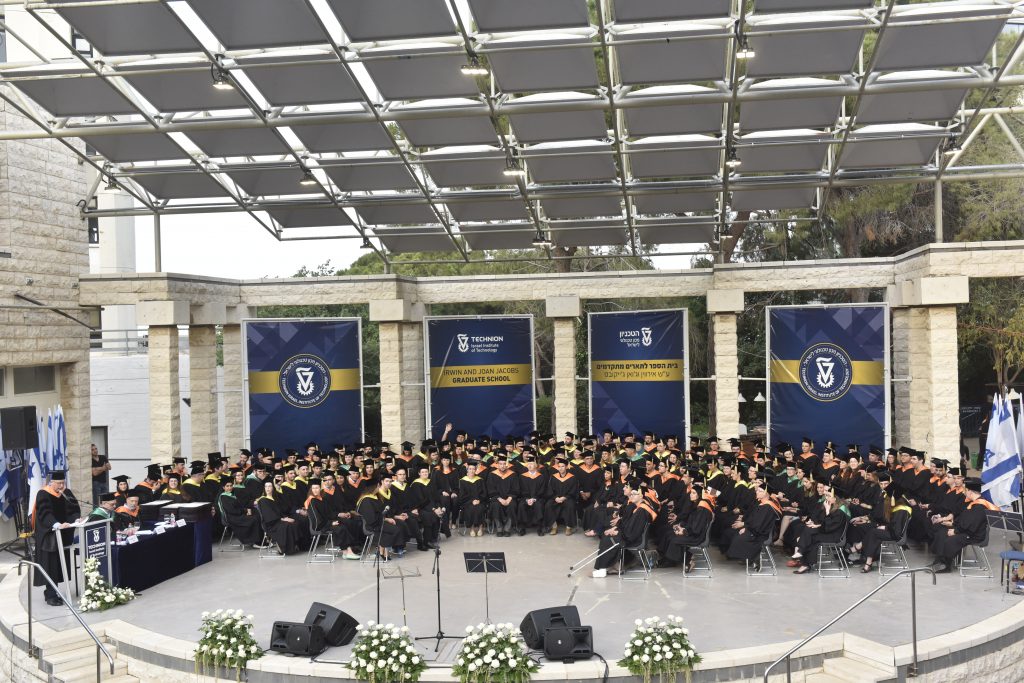