Technion - Israel Institute of Technology > Archive > Sting of the Jellyfish

Underwater poisoned arrows: Researchers at Technion and the University of Haifa are deciphering the stinging mechanism of the jellyfish 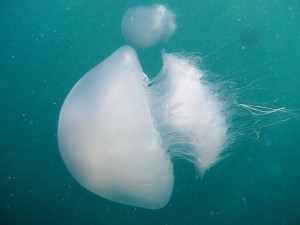 The jellyfish belongs to the phylum Cnidaria – animals that attack their prey (plankton) and defend themselves with stinging cells containing syringes that are actually poison arrows. Although they don’t have eyes, ears, or even brains, they have survived for 600 million years, with virtually no developmental changes, and are thus among the most ancient complex creatures that have not died out.

A study conducted at Technion is first to explain the unique stinging mechanism of the nomad jellyfish. According to Prof. Uri Shavit of the Faculty of Civil and Environmental Engineering, “The jellyfish attacks its prey or its enemy by injecting a toxic substance by means of thousands of microscopic syringes located on each of its tentacles. The syringe is located inside the stinging cell (nematocyte) and is packaged inside a spherical capsule about 10 microns in diameter. In response to chemical changes in the environment or physical contact, pressure increases inside the capsule and the needle is ejected at a tremendous acceleration of more than 50,000,000  meters per second square – one hundred times the acceleration of a rifle bullet.”

The needle’s firing mechanism, from a folded position in the capsule to its full length, is being studied by many researchers around the world. The conventional explanation is that the needle is pulled out and shoots the poisonous substance following the creation of a force mechanism called osmotic potential. This force pushes the needle and liquid like a pump pushing water upwards inside a building. The pressure exerted in this process is tremendous: 150 atmospheres. For purposes of illustration, this is the pressure needed to pump water to the top of a building a kilometer and a half high. 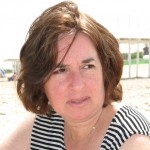 However, the study, recently published in the Journal of the Royal Society Interface, found that the driving force is not limited to the capsule alone. In fact, it is a powerful osmotic mechanism that develops at the needle’s moving front. This mechanism releases the needle and pulls it like a locomotive pulling railroad cars.

The study is based on measurements taken using lab-on-chip technology and the development of a mathematical model that tracks the movement of the substance within the system. The elongation mechanism of the stinging needles was deciphered by Profs. Shavit and Gilad Yossifon of Technion’s Faculty of Mechanical Engineering, and Dr. Tamar Lotan of the University of Haifa’s Charney School of Marine Sciences.

The solution was provided by an experimental system developed based on a microfluidics platform in Prof. Yossifon’s lab. This system enabled researchers to route the needle and its direction. Prof. Shavit explains, “Each capsule was placed at the opening of a micro-channel that bridged between a central water channel and another channel that contained oil. We found that when the needle penetrated through oil, its elongation rate decreased by three orders of magnitude, from 50 milliseconds in water to about 25 seconds in oil.”

The researchers conclude that, unlike the conventional model, the osmotic phenomenon is not limited to the capsule but rather occurs throughout its needle elongation. According to Prof. Shavit, “This means that the osmotic potential can be influenced along the pathway of the needle, thus reducing its ability to penetrate the skin and preventing the stinging.”