The first center of its kind in Israel will be inaugurated on June 1-2, 2016 when the Technion will hold the Mark and Diane Seiden International Symposium on Quantum Science Matter and Engineering. 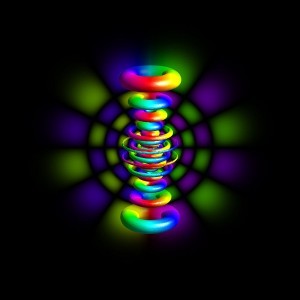 Visualization of a hydrogen atom

The field of quantum science and engineering is gaining momentum at the Technion’s Russell Berrie Nanotechnology Institute. A new Center for Quantum Science Matter and Engineering will be inaugurated at a major international symposium to be held at Technion on June 1 and 2 2016. Twelve leading international scientists together with experts from Technion and the Weizmann Institute will participate in this special event.

Activities in the new Technion center will concentrate on merging the fundamental concepts of quantum science with engineering principles in order to pave the way towards new devices and systems which will lead, within a few years, to practical quantum applications.

The unique cohesion between fundamental science and very advanced engineering that exists at the Technion ensures that the new Technion’s quantum Center will emerge as a world leading entity. The Technion’s track record in identifying major needs and opportunities at early stages, which caused transformational changes in the country, supports the idea that the time is ripe for the establishment of such a center.  Historically, Technion revolutionized Israel’s technological capabilities in many areas, including aerospace, microelectronics, optoelectronics and nanotechnology.

The new Center for Quantum Science Matter and Engineering is destined to be one more pillar in the series of Technion actions that spearhead historical changes that transform the Israeli economy.

“The new center will focus on the quantum aspects of computing, communications, sensing and signal processing,” says Prof. Gadi Eisenstein, head of the Technion’s Russell Berrie Nanotechnology Institute.  “The field of sensing will receive special attention because of its widespread applied implications in all spheres of life.”

The center, from the very early stages, will bring together nanotechnology and photonics experts with the very strong information scientists at the Technion, coming mainly from the Electrical Engineering and Computer Science departments.