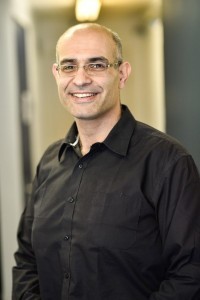 HAIFA, ISRAEL and NEW YORK (October 6, 2016) – Even with today’s safer and more targeted anti-cancer drugs, scientists have been unable to satisfactorily explain the phenomenon of why treated cancers so often recur. The common theory is that the cancer cell develops “internal resistance to treatment,” and overrides the toxic effects of the drug.

Now, findings by a team of scientists led by Professor Yuval Shaked of the Technion-Israel Institute of Technology Faculty of Medicine and the Technion Integrated Cancer Center (TICC) could provide the key for reducing recurrence, and allowing anti-cancer drugs to do work as intended.

In their study published recently in The Journal of Pathology, the team shows that tumor relapse occurs when the body, in effect, mobilizes itself in favor of the tumor, causing recurrence of the disease, increasing its aggressiveness and creating metastases or tumor spread. Even selective, highly focused treatments that harm cancer cells almost exclusively lead to a similar response.

“The administration of an anti-cancer drug is very aggressive intervention in the body,” explains Prof. Shaked. “Therefore, the body responds to chemotherapy the way it responds to trauma. This creates the effect of a double-edged sword: although chemotherapy kills cancer cells, it also causes the secretion of substances that confer resistance to the tumor. Even more selective treatments, with fewer side effects, cause physiological reactions that increase the aggressiveness of the disease.”

In this specific study, among other studies the group has published in this area, mice with multiple myeloma – a malignant disease of the plasma cells produced in bone marrow and spread throughout the body via the circulatory system – were treated with the selective anti-cancer drug Velcade (bortezomib). (Velcade is based on the discovery of ubiquitin, for which Professors Avram Hershko and Aaron Ciechanover of the Technion Faculty of Medicine won the Nobel Prize.)

The researchers found that treatment with Velcade led to a physiological reaction that actually reinforced the intensity of the myeloma in the mice. According to Prof. Shaked, the drug caused inflammatory cells (macrophages) in the bone marrow to enhance the aggressiveness of the disease and provide the cancer cells with resistance to treatment.

“It is important to clarify that treatment with Velcade is essential and necessary,” says Prof. Shaked, “but its disadvantage is that along with the benefit there is damage.”

Next steps: inhibiting the mechanism that enhances the tumor

According to Prof. Shaked, “…understanding the mechanisms that enhance the tumor and accelerate the spread of metastases will enable us to develop methods to inhibit them.”

In fact, when the researchers inhibited the secreted factor related to the activity of inflammatory cells, they observed a decrease in the proliferation of cancer cells. Now they are working on various ways to inhibit the body’s response to anti-cancer treatments.

“Ultimately we are talking about a trade-off between the intensity of the treatment and the intensity of the physical response. The moment the ratio is in favor of the treatment and to the detriment of the response, we will achieve effective treatment without a ‘fine’ in the form of enhanced metastasis. In addition, we can inhibit the body’s response using existing drugs, thereby enabling the anticancer drugs to get the job done.”

The study was led by Dr. Ofrat Beyar Katz, a doctoral student at Prof. Shaked’s lab specializing in hematology at Rambam Healthcare Campus, with the participation of Prof. Irit Avivi from the Rambam Department of Hematology and Prof. Yosef Yarden from the Weizmann Institute of Science. The study was supported by the European Union (ERC grant) and the Israeli Ministry of Health.