WellToDo has developed an innovative technology, based on research originally done at Israel’s top technology academic institute, The Technion, for the removal of common water contaminants.  The company is focused on solving severe water problems in the US. 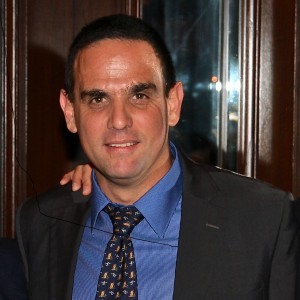 AST and the Technion recently invested in WellToDo, a company that has developed a technology for the removal of water contaminants. Originally developed in the Technion, WellToDo’s technology, converts water contaminants to non-polluting compounds, using a unique chemical process.  This is an innovative technology that can solve severe water pollution problems in the USA.  WellToDo was chosen by GE as one of the most innovative and promising water technologies in the world.

WellToDo’s technology utilizes a chemical process that converts water contaminants to non-polluting compounds.  This approach is in contrast to current technologies, which separate the water into a main stream which is clean and a side stream that contains a very high concentration of the contaminants.  These technologies shift the pollutants to another place but do not neutralize them. The WellToDo technology is the only available chemical process that removes contaminants without generating any contaminated streams or by-products.

WellToDo was founded in 2013, based on the unique technology developed by Prof. Moshe Sheintuch and Dr. Uri Meytal of the Chemical Eng. Faculty in the Technion. This technology is effective for removing contaminants such as Nitrate, which are commonly found in drinking water, and other contaminants found in waste water in the mining, power generation and the food and beverage industries.

The company started in the incubator program of the Chief Scientist of the State of Israel and the technology for the removal of Nitrates, the most common ground water pollutant, has been validated  in two different ground water sites.  Drinking water contaminated with Nitrate can cause severe health problems and can be fatal to infants.  Monitoring of this contaminant has become a high priority in many countries and contaminated water sources are now prohibited for drinking.  Nitrate contamination of ground water is extremely severe in the US, especially in the mid-west and the states of Nevada and California where drought in the past years have made this problem more acute.

Recently the company raised one million dollars from the A. Shizter group of companies, through its subsidiary AST.  AST has a successful track record with investments in companies coming out of the academia and the incubator program.  The Technion, already a significant shareholder in WellToDo, also participated in the investment round through its dedicated investment fund and maintained its holdings in the company. The investment was accompanied by Adv. Meytal Katz of Primes, Shilo, Givon Meir law firm.

The investment raised will be used to penetrate international markets with an emphasis on the US where the company is already involved in a large project with American Water, the largest water utility in the US.  WellToDo is also in discussions with other industrial companies and water utilities in the US and is now implementing the technology with “Mekorot” the Israel national water utility.

Hovav Gilan, CEO of WellToDo: “The investment of AST and the Technion in WellToDo is a significant milestone for us.  This investment will allow us to penetrate new markets where the need for water treatment is high and our technology offers significant advantages.  We highly appreciate the vote of confidence in the company.”

Boaz Shitzer, CEO of AST: “We consider WellToDo a promising technology that will enable us to supply breaking solutions to our customers in Israel, the US and in India and China where we are seeing a strong interest in WellToDo’s unique platform”.